Soon after Prime Minister Narendra Modi told his stunned compatriots last November that two high denomination bills would no longer be legal tender, Richard Thaler, who won the Nobel Prize in Economics today, said it was "a good start on reducing corruption."

And when the official announcement of the 2017 Prize in Economic Sciences was made on Twitter, the account @R_Thaler was tagged. 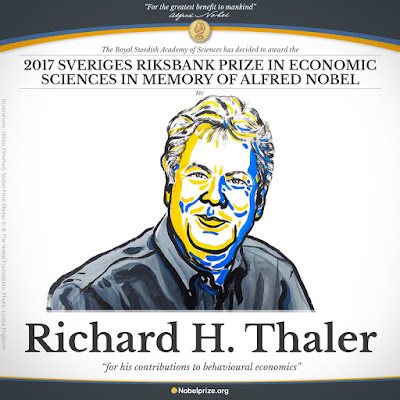 Now, while Richard Thaler appeared to favour the idea of demonetisation, his two-word response to being told that Rs 2,000 notes were being introduced was far less enthusiastic:

One of Richard Thaler's colleagues at the Booth School of Business is none other than former RBI chief Raghuram Rajan, who recently indicated that he would have resigned had the demonetisation been thrust upon him.