IT MAY BE A DALIT VS DALIT PRESIDENTIAL ELECTION, BUT NOT A SINGLE INDIAN STATE HAS A DALIT CM

After the Opposition announced former Lok Sabha Speaker Meira Kumar, a Dalit politician, as its presidential candidate to take on NDA nominee Ram Nath Kovind, the presidential election has become a Dalit vs Dalit contest.

According to the 2011 Census, 16.6 per cent of India's population are Dalits or SCs. That's nearly 20.14 crore people. But at the moment, no Indian state has a Dalit chief minister. 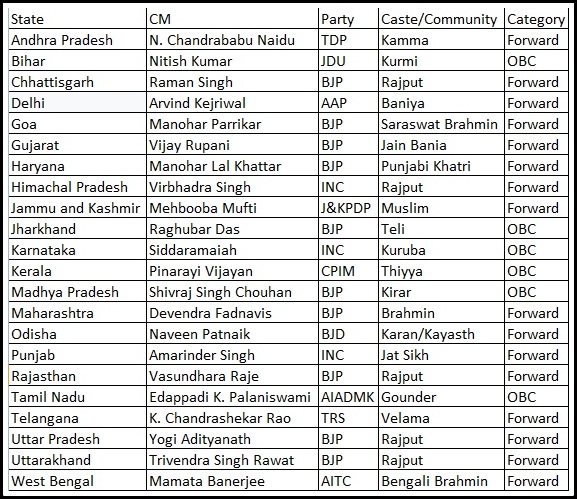