External Affairs Minister Sushma Swaraj is extremely angry and has demanded unconditional apology from Amazon, the world’s and India’s biggest online retailer and one of the world’s most prized companies, for disrespecting the Indian flag.

She has said that Amazon must tender unconditional apology and must withdraw all such products that disrespect the Indian flag or else India will not issue visa to any Amazon official and will also rescind the visas issued earlier.

If this is not done forthwith, we will not grant Indian Visa to any Amazon official. We will also rescind the Visas issued earlier. 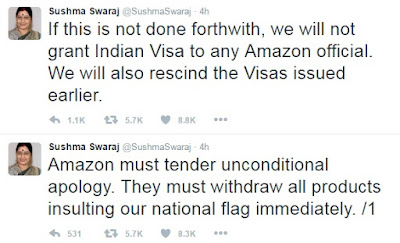 Atul Bhobe (@atulbhobe) from Navi Mumbai had tweeted a screenshot from Amazon Canada website showing many doormats available for sale having Indian tricolour as the base design. 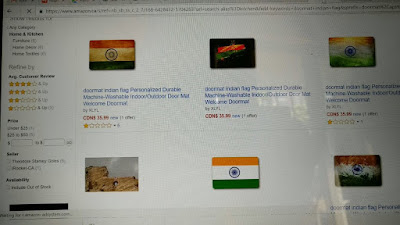 Sushma Swaraj immediately responded to it saying that the Indian High Commission in Canada should immediately take it up with Amazon at the highest level. 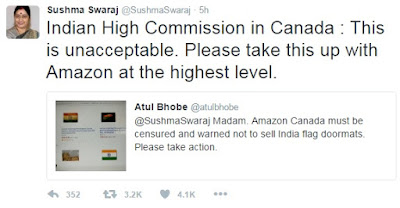