The article originally appeared on India Today.
Hear it is a bit modified.

Though there is no official word from Amazon or from its India or Canada subsidiaries, it seems that the outrage the doormats based on the Indian flag on Amazon Canada website created has forced the global online retail giant to remove the product from its website as demanded by the External Affairs Minister Sushma Swaraj.

This is how the website looks now on searching for ‘doormat Indian flag’.

Few hours earlier, when the news broke, the search phase returned with different doormats based on the Indian tricolour available for sale. 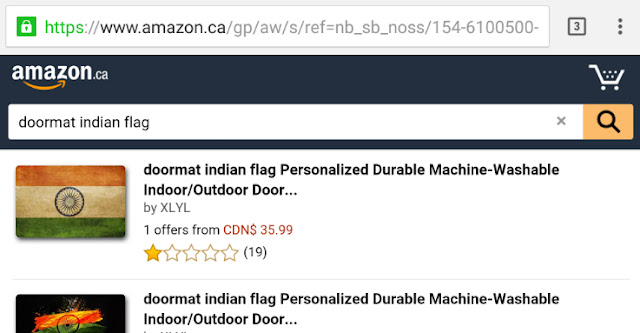 
The Indian Flag doormat on Amazon Canada website angered Indians and Sushma Swaraj had demanded an unconditional apology from Amazon for disrespecting the Indian flag and had asked the company to immediately withdraw the product. She had warned the global giant that India would not grant visa to any Amazon official and would withdraw the earlier ones in case immediate action was not taken. 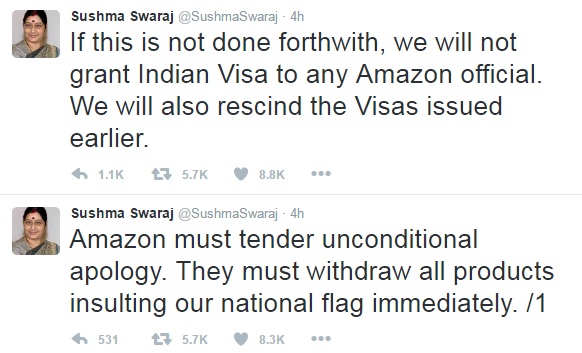 What Sushma expressed through her tweets was an expression of Indians across the spectrum as rightly pointed out by Kiren Rijiju who said that Sushma ji had vented out the sentiments of every self respecting Indian.

The controversy erupted after a tweet pointed out this to Sushma Swaraj with a screen grab from Amazon Canada website. 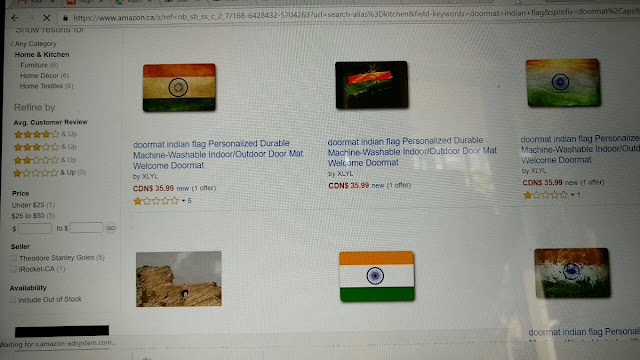