It is always between 'what changes from one calendar day to the next' and 'every day is a new day, a reservoir of hopes, a new opportunity to do, undo or redo things'.

To reflect on the days ahead. To recharge yourself. With this symbolic milestone.

A symbolic milestone that comes every year.

It is for you to look at it - so why won't we do it in a positive, uplifting mode?

Yes, life is very unpredictable - and so are its difficulties - with moments that let you down - with letdowns that lock you in an inertia.

But pragmatism tells to always look ahead - at the point beyond that letdown. It is only you who can break the run of inertia in your life - it is only you  who can win over the psychological entrapments that you have built around yourself.

Life's experiences should tell us that there is no substitute, no alternative, but to fight back - when life is dragging you down. Kill those jinxes that work to darken your path.

After all, apart from the people who really care for you and mind you, that includes a few handful (obviously including your family), who else stands with you emotionally (or even pratically)? Everyone else either has a fleeting attention to the problems your are facing or a 'knack' to exploit you more in your hours of crisis.

Diversified. Challenging. With my share of highs and lows. With my problems and with my triumphs.

I continued the work to improve my personal website - which I treat as my web journal - and so far, I have been engaged with it looks and progress. I had taken the domain name in 2014 and the development with a professional touch, that began last year, continued this year unabated - and it was in sync with what I had thought when I was beginning 2016. Also, I started reworking on my other major website - BanarasCalling - and I hope to complete the first target in 2017. ToonJunction is another work in progress. Besides, there are some more 'upcomings'.

While reflecting back on 2015 on December 31 last year, I had decided that I would devote more time to my books and would limit my online publishing activity to once a day. But this is one area where I need to push myself deeply now because the 2016 has been same on this front as 2015 was.

2016 was the fifth consecutive year for my writing and publishing pledge where I could maintain the discipline of writing or creating something daily - something that I had begun on October 15, 2011 - though with a random thought - with no long terms goals - but with 'every day' convictions.

I still have no goals. My driver is the sense of satisfaction that I draw after creating something from discipline of doing it daily, doing it regularly.

Yes, I regret that I could not work that much on my books as I had thought (there were similar thoughts on December 31, 2015), but what is relieving is that I know that why I could not do so and that I would do something concrete with them in the days to come (this is something I can lift from my last year's assessment).

Like I have been doing with my writing and with my creativity, I could do all that I needed to - with diversity as the leitmotif - in articles, in essays, in poetry, in images, in quotes, in fiction.

And yes, this year, I began on my unplanned travel plans and I can say, to my sense of peace, that they have contributed to my work.

All that I have been through in 2016 I cannot write here and I should not write here, but while moving on to the next year with the symbolic importance of January 1 - of 'newness and hope' - I have no bad feeling about how 2016 passed - but good reasons to look ahead - and positive energy to work further. 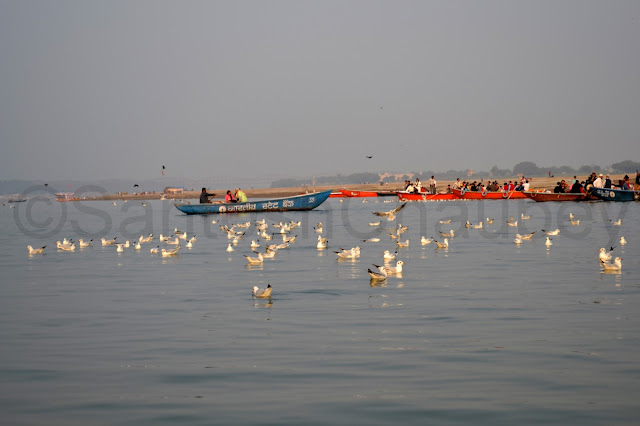