Mamata Banerjee is very active on Twitter (@MamataOfficial) and basically tweets in English and sometimes in Bangla. But she is using Hindi as well, and strategically, in order to reach a wider cross section of people on the demonetization issue which she is vehemently opposed to. A scroll down her Twitter feed will show that increasingly most of her tweets on demonetization are in both languages. She has tried to emerge as a central figure of the anti-demonetization front and her outburst began on Twitter only when she termed the Modi government decision 'a financial chaos and disaster let loose on the common people of India' after Narendra Modi finished his address to the nation announcing the decision that has kept India hooked since then. 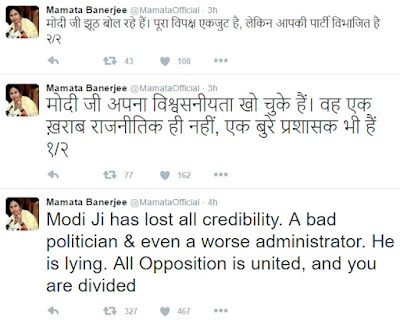 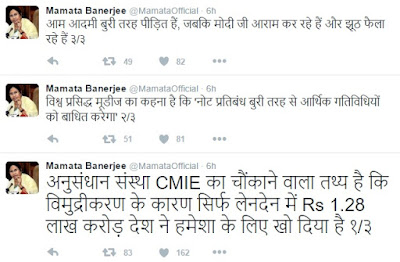 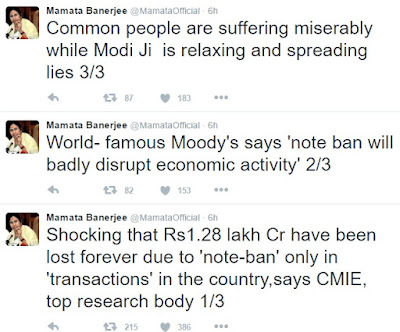 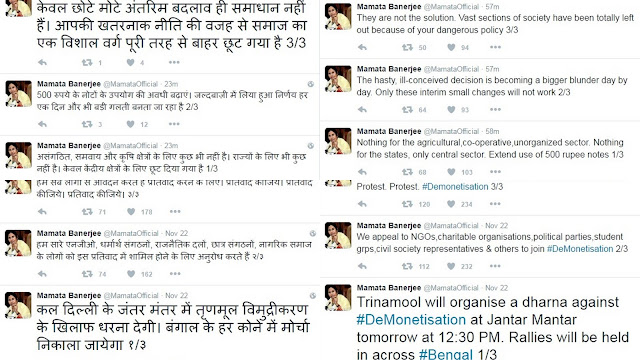 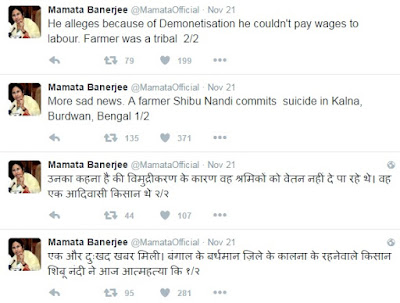 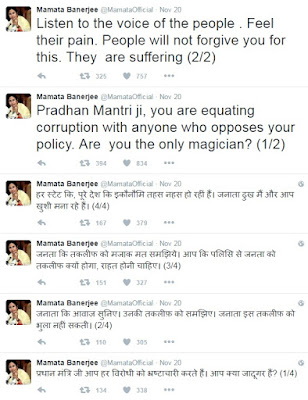 Her Hindi tweets also indicate that she is now looking for a wider canvas politically, something that the ensuing chaos in the aftermath of the demonetization drive can give her. She has hit Delhi streets and has held meetings and parleys against demonetization since the Parliament's winter session began on November 16.

Now that the opposition parties have decided to launch a pan-India anti-demonetization protest with 'Aakrosh Diwas' on November 28, they all will try to mobilize masses as much as possible and Mamata's use of Hindi to reach out and appeal to people, along with her image and streets-smart style politics of ‘Ma-Mati-Manush (Mother-Motherland-People)’ will come in handy here. Demonetization pangs have affected people across the country and speaking in a language that reaches out to the maximum number of people is certainly a logical idea. Also, now that TMC is a national level political party, speaking and tweeting in Hindi makes sense when the heart of India's political landscape, Uttar Pradesh, a Hindi speaking state, is going to polls in the next few months.