THIS IMAGE WILL HAUNT BJP FOREVER

A mother is above all – above religions and above God – and above ideologies. A mother is universal humanity embodied.

We don’t need rocket science and deep sociological bend of mind to understand the condition of a mother whose young son is missing since the last 22 days. Words would be incapable to heal her, to support her. What she needs is an honest approach to find her son – a minimum that every society needs to guarantee to every such mother – and honest words and gestures to support that.

So when the images of Delhi Police crackdown on students of Jawaharlal Nehru University flashed, showing Delhi Police manhandling not only JNU students but also missing Najeeb Ahmad’s mother Fatima Nafees, it left a bitter taste for the whole evening. 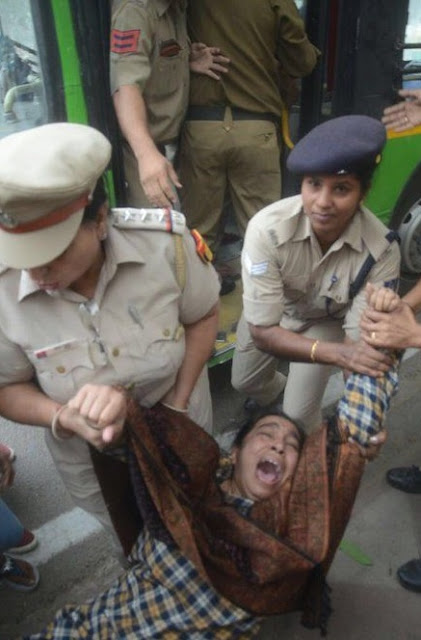 A mother whose son has gone missing and that too in controversial circumstances, something over which a big political fight has erupt, will be like a broken soul. She is running from pillar to post but things are not moving, like a classic case of a parasitic system where the very people entrusted to find her son are busy following the charts of their political affiliations.

This image will haunt the BJP forever – irrespective of what logics one proposes and on which side of the fence one keeps his ideologies – because no rationally thinking soul can ever allow such things.