HOW NOKIA AND BLACKBERRY GOT IT ALL WRONG

It was in November 2014 when the Nokia CEO officially announced that Nokia would not be making cellphones anymore. Though it didn't happen globally and Microsoft bought Nokia, the brand could not be revived. Microsoft experimented with Nokia, first as Nokia, then as Lumia. It also tried a layered formula - Nokia for feature phones and Lumia for smartphones.

The catch was to develop a cellphone OS version of the world's most successful computer OS, Microsoft's Windows. Two years down the line, now there is a very real possibility that Microsoft would soon issue the official line that is shutting down its phone making operations.

Nokia was the global handset leader for 14 years till April 2014 when Samsung outdid it becoming the world's largest handset maker. Since then it is all the Samsung and Apple. In fact, Apple's entry in the smartphone market in 2007 was the beginning of the end for Nokia. Apple saw a meteoric rise. And so Samsung who rode the Android wave with Google, the most innovative of the tech giants, launching first Android OS (Android 1.0) in September 2008.

So, Apple had finesse and panache and Samsung had versatility of Android, but Nokia had none.

When the road ahead was clearly going to be smartphoned, Nokia was still banking on its feature phones. It didn't develop fast and beautiful products like iPhone and iOS or versatile products like Samsung's smartphone range or Google iOS.

By the time it realized its fault, the damage was already done and any chance to recovery was beyond any threshold of redemption. Android was free for everyone but Nokia failed to see the opportunity even if its Symbian OS with shabby and unacceptable apps looked archaic in front of iOS and Android - functionally as well as aesthetically.

While Nokia is still looking for some lease of life, this time trying to collaborate with a Finnish business outfit that will manufacture the Nokia brand cellphones and Nokia will get royalty.

Today brought another news of another mobile phone world leader of its time going out of the business.

BlackBerry, once the darling of Canada, America and the corporate world elsewhere (including India) today declared that it would not be making smartphones anymore. The company said it would now focus on its software business and would outsource the handset manufacturing requirements.

BlackBerry also died in the wave that came with iPhone, Samsung phones and Android iOS though the basics were different. BlackBerry was always a smartphone company with its encrypted software solutions that made it a must have gadget for the corporate honchos, something that ultimately became its nemesis. Communication is the mainstay of any business and BlackBerry targeted it. The strategy paid rich dividends initially. Its parent company, Research In Motion's (RIM) share zoomed to an all time high in 2008 and Fortune had declared RIM as the fastest growing tech company in 2009.

But that was it.

The corporate and enterprise focus that had brought glory to BlackBerry, soon became a black-hole for it that made every attempt to redo its strategies void - because the company was still roaming in the wilderness of mobile phone devices with efficient messaging and communication platforms while the new entrants were rapidly ramping up the mobile phone market to handheld computing devices that would act as all-serving entertainment hubs - be it messaging or emails or chats or complete web browsing or a never ending app ecosystem fuelling interest and engagement.

BlackBerry saw corporate consumers and enterprises as its base while companies like Apple, Samsung and Google saw consumers in everyone - be it a business leader or a politician or a celebrity or a common man. And their product offerings were designed keeping them in mind. They were able to cater to every class of consumer. So when a CEO found that an iPhone or a Samsung phone with Android iOS could have provided the comfort of communication that a BlackBerry device would provide and at the same time, would also act as a handheld computing device offering a world of entertainment, he immediately switched to it. And BlackBerry's fall shows it, indeed, was the case.

So, the company that was the fastest growing tech company of 2009, was sold for less than $5 Billion in 2013 and it still hovering in the range of a market cap of $5 Billion - a meteoric fall from a high of $83 Billion worth of market cap. 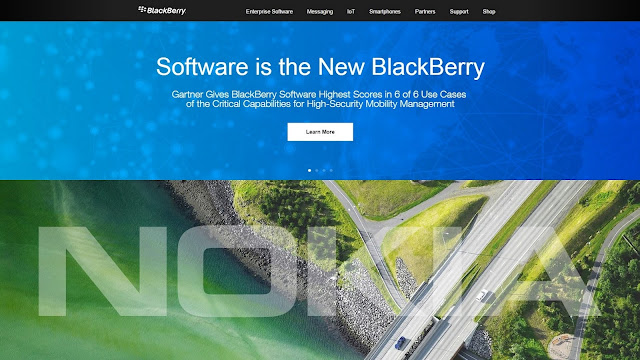