WHAT MAKES AN IPHONE LAUNCH SUCH A BIG DRAW

The article originally appeared on DailyO.

The next iPhone launch date is finally out. It is going to be September 7. The press invite and the Apple website say so. We cannot say it will be named iPhone 7 because the iPhone rumour mill has thrown iPhone 6SE as well as the next in the series.

With this announcement, the public and the media frenzy that begins months before the next iPhone is launched in September will see its deafening levels that will see its culmination on September 7, the launch day.

This year it is expected to be even more varied and louder a chatter as iPhone just saw its first decline in its quarterly sales figures since its first launch and so there are speculations that iPhone would come with something blockbuster – like its form, thickness, interface, an all glass body, even its audio jack, and so on. iPhone is still the undisputed smartphone leader globally but that tag may come under threat unless it doesn’t offer something that is gamechanger, that iPhone was when it was first lunched or iPad or iPod, and not the incremental stuff that most of the iPhone launches have been.

The Apple profit basket shrunk, for the first time in Apple’s last 13 years, after 2003, in the quarterly financial results announced in April 2016. It was driven by a massive drop in iPhone sales – the first time ever in the iPhone history. And it was massive – 10 million units – from 61 to 51 million units a year ago. The Apple story since 2007 is the iPhone story – the smartphone that took the world by storm – registering stupendous growth year-over-year – from 3.7 million units in 2007 to 231 million units in 2015 – that is staggering over 600%. In fact the world’s biggest listed company is solely dependent on iPhone for two thirds of its revenue. iPhone has made Apple the biggest corporation on Earth.

So, there are much higher stakes involved this time and accordingly would be the chatter. We can gauge this from even the intense speculation level on the launch date. Media outlets, Apple watchers, bloggers, consultants and experts burnt their midnight oil in speculating (with assertion) that September 9 would see the next iPhone launch like the last year; someone said it would be September 16; someone else said the next big Apple launch event will be held on September 29. Forbes said as latest as on August 26 that the next iPhone was going to launch on September 9 while Fortune had confirmed September 16 as the launch date as early as in July.

No communication professional can ignore the massive global appeal that each iPhone launch generates. The extent of coverage that it gets is beyond the organizing capacity of any public relations agency or groups of marketing communication professionals. What Steve Jobs gave to the world is a must case study for every communication expert to deliberate on ‘how iPhone became a global brand with its single brand revenue surpassing overall turnovers of tech companies like Microsoft or IBM’.

Globally or nationally (even here in India), the Apple event to launch the next iPhone is expected to be the top trend of September 7, 2016 and the intervening one week will see intense activity on chatter platforms. Going by the precedent, the event is likely to figure in the top trends on many social media sites. What Steve Jobs gave to this world, a product that was elegant in its beauty, smart in its operations, blockbuster in its innovations and premium in brand visibility – took the world by storm.

Apple is different and Steve Jobs was different – for the way they both created a visible brand perception around the world – something that we can sum up as an ultimate realization of beauty and brain – something unheard of before Apple brings its products – yes that has been the unique hallmark of Apple making its products since Macintosh in 1984 stand out in the market – creating a cult following – that reached to phenomenal levels since the iPhone launch in 2007. What added to it was the personal touch given to the product and its launch event by Steve Jobs.

Apple knows that it has such a strong brand cult that people like to identify with every product because they believe if it is Apple, it will be a quality product that would define the category. It gives Apple executives, first Steve Jobs and now Tim Cook, opportunity to focus solely on the human interface, on telling how the next iPhone is going to be even more user friendly while launching every next iPhone at it favourite arena – the Bill Graham Civic Auditorium in San Francisco. It has been the highlight of every iPhone launch event that it is people centric and not product centric. Apple shuts down its online store before the launch event to keep people across the world glued to the event only. 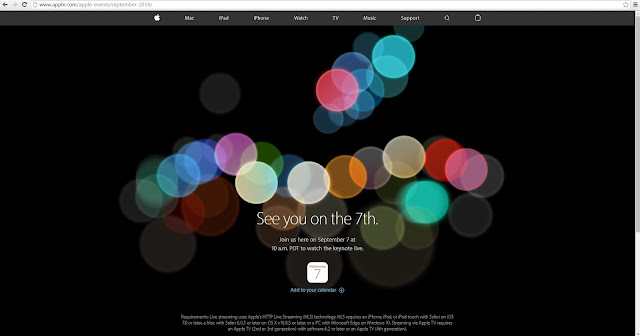 The iPhone launch event is top ranked trend on every social media platform across the globe. The September 9, 2015 launch event to introduce iPhone 6 and 6S Plus was a top Twitter trend globally that shows how intense it becomes when it comes to final hours of iPhone launch event. News channels go live with the event in the most of the countries.

Twitter and Facebook generate an intense buzz of opinions/voices. Twitter has now become the global storehouse of #hashtags (of news and opinion) on any ongoing breaking development. Globally, in worldwide trends, the event with hashtag #AppleEvent was on top. The top 10 list had two other ‘iPhone tags’– iOS 9 and iPhone. It was on top and in top 10 in almost every major market from across the world - the US, the UK, Dubai, Germany, Canada, Mexico, Brazil, Singapore, Malaysia and the Philippines. The hashtag #AppleEvent was on top even in India where Apple has a dismal market share of around 2 percent only.  Almost similar trends were visible on Twitter pages for trending events in different countries.

iPhone, in fact, has become one of the most suitable example of our times on ‘how brands can affect campaigns/public relations exercises around them’. And when the world says that iPhone alone earns more in revenue than overall turnout of its nearest competitor, it sums up the central point about the brand in one word – perfect.

iPhone is the perfect brand to weave any communication package around it and like any ‘perfect’ brand, Apple doesn't put much effort on the ‘promotion front’. Though its ad spend was around US$ 1.8 billion last year, nothing much is known about its public relations/corporate communications expenditure because most of it is self generated - by the world outside the company – the world inhabited by media outlets, analysts, enthusiasts and sophomores of the virtual/online world and people across the world. When Apple launches an iPhone the world talks about it. Apple telecasts the event live and whole world catches every bit of it – the world inhabited, again, by iPhone enthusiasts, media outlets and analysts.

In fact, the word around the next iphone starts doing rounds just few months after the launch event and reaches to the deafening levels as the traditional annual launch date in September nears. The fever built up the aura, like it always happens. And it generates tons of good words, volumes of media spaces and millions worth in PR and marketing exercises. Companies, big or small, always vie for some good, solid public relations visibility that enhances the soft appeal of a brand. News carriers and people talking every bit associated with a product is a dream that every brand aspires to have. With Apple, it is the other way round. Big and small, every media outlet is always ready to catch any buzzword related to Apple launch events, especially when it is iPhone.