Now is the time to see Social Blogging as a separate category within the realm of the overall larger social activity that blogging is.

Having said that, the Social Blogging content should involve socially relevant and concerned expressions – whether it for activism – or – it is being in solidarity with – in opposing the unjust.

Bloggers have helped shaping the Arab Spring. They have started speaking for those who can’t speak. Blogging is becoming more and more socially responsible.

Bloggers have lost lives in dictatorial regimes, in restive countries and in orthodox societies. The most recent case in point is Bangladesh.

Social Blogging, in fact, is quite strong in oppressive societies where it gets amplified attention and the process that has begun will only intensify further.

And the process will be business-driven, even if we scoff at capitalism! Business will lead communication technology penetration that in turn would arm more and more people with information access. Creating a blog or having an online identity to connect with the world had never been this easy.

And India, the world’s second most populous country, with projections to have the world’s largest share of middle class in a decade or so, just rejected the initiatives of internet and social media giants like India’s Airtel or Facebook to dominate internet/social media by introducing differential pricing through their networks.

But its sustainability has to be perennial!

Let’s start a debate first and then a discourse to spread the word about Social Blogging and it’s increasing role and need in societies. 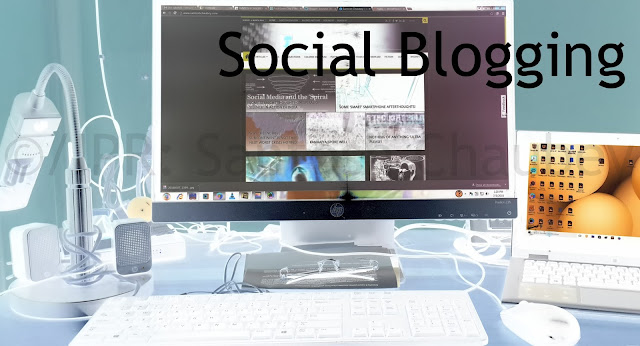