JP WAS WAITING TO BE PICKED UP..

Bihar is going to polls. Voting for the first phase in five-phase electoral process is tomorrow.

And as expected, intense communication packaging is on to make JP or Loknayak (a mass leader) Jayaprakash Narayan the figurehead of BJP’s or NDA’s political 'conscience' while campaigning for votes.

JP led India during the tumultuous days of the Emergency and stood his ground against Indira Gandhi, rallying leaders and people against the dictatorial regime of Mrs. Gandhi – the public anger that finally uprooted her in 1977 election.

JP was from Bihar. And JP’s birth anniversary this year – on October 11 – is falling in the midst of Bihar’s poll season.

JP is seen as the mascot of anti-Emergency protests and thus the doyen of the pro-democracy mass movements in the country in the post-Independence India. Most of the present breed of non-Congress political leaders in states and in Centre are products of the JP-led civil-political movement.

As the Narendra Modi led NDA government has been on a spree to claim legacies of India’s icons like Mahatma Gandhi, Vallabhbhai Patel, Subhash Chandra Bose, Swami Vivekananda, Lal Bahadur Shastri, and even Jawahar Lal Nehru and is trying to bring many more icons in Nation’s mainstream conscious - JP was a name waiting to be picked up.

And never could be a more opportune time than the Bihar assembly election, especially when products of the JP movement are pitted against each other, and especially, when some of them, helplessly, cannot quote JP ‘so’ openly as they are together in alliance with Congress – the party that was political nemesis of JP.

That has left the turf open for BJP and the party is going in full speed on it.

JP has been echoing in NDA’s poll materials for campaigning and the party today held an event named Loktantra Prahari Abhinandan on his birth anniversary to further the packaging. The event was addressed by Narendra Modi and was attended by other big leaders. Every wing of BJP and RSS paid rich tributes to JP on every possible communication platform. BJP’s national president Amit Shah held a rally in JP’s village.

October 11, incidentally, happens to be the birth anniversary of Nanaji Deshmukh, a senior RSS ideologue, and he, too, got prominent space in party’s communication materials.

But while he will be not there tomorrow (literally), JP will be on the block at least till the outcome of this Bihar assembly election.

And as expected, as is the trend, no one is talking about Dr. Rajendra Prasad or Rajendra Babu, India's first President, the great freedom fighter and one of the gems of his generation that India had - who was from Siwan district in Bihar - obviously, due to socio-political factors revolving around caste arithmetic. 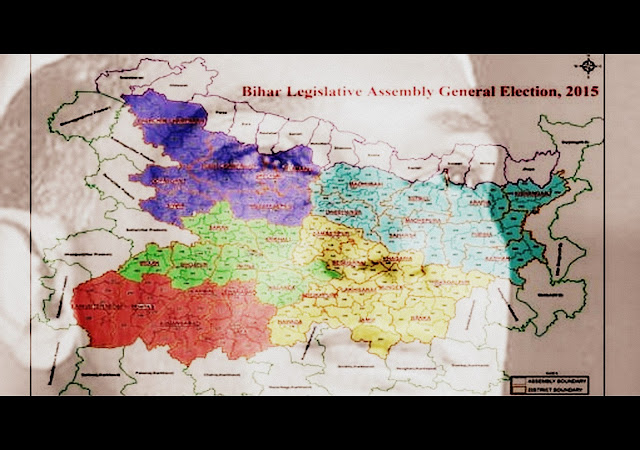