I usually don't take snapshots while in a flight but the view today compelled me to react with my cellphone camera spontaneously. Yes, it was not the first time that I had witnesses a rainbow while in a flight. But somehow, I had not done it before today.

The flight was at 32,000 feet, en route to Delhi from Varanasi. It was hot and humid in Varanasi but raining in Delhi since this morning - so as usual - the Monsoon vagaries continue.

Mid-way to the journey, Monsoon's playfulness suddenly pulled my attention when the aircraft's pilot was announcing specifications on how the flight was doing. My eyes, staring out of the window, saw this amazing arch, overarching the whole panorama in its range.

And I don't know how, but my right hand, on its own, slipped to my trouser's pocket to pick cellphone to click the view. Yes, I could not do it when it was fully young in the range of my eyesight as unlocking the handset and capturing the frame took some time. But, even if I could not capture the full rainbow arch, the shots that I captured were enough to give me thoughts to write on an image created by it. 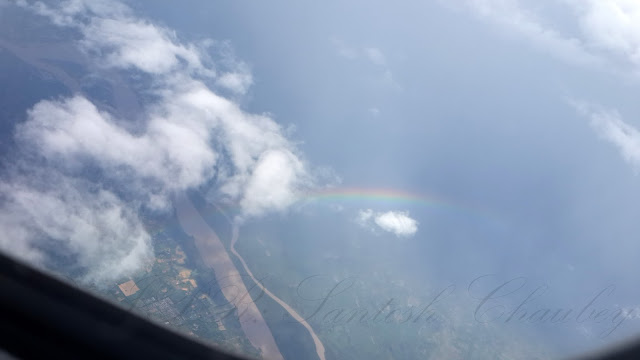 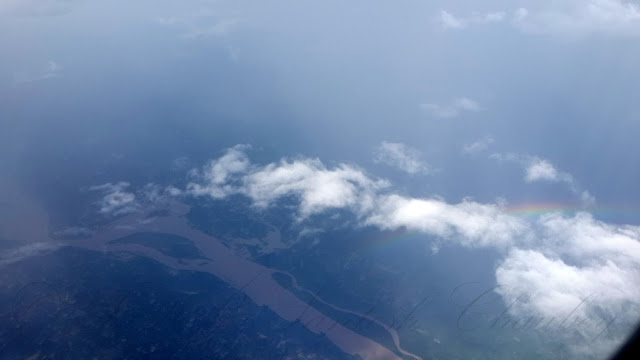