MY FIRST THOUGHTS ON 'GO SET A WATCHMAN'

‘To Kill A Mockingbird’ was idealistic. ‘Go Set A Watchman’ is realistic. ‘To Kill A Mockingbird’ came at a time when legal racial segregation was fighting last phase of its battle in America. The book added to the sentiments in stirring a nation’s conscience and Atticus Finch became a cultural symbol of anti-racial struggle in the US society. ‘Go Set A Watchman’ has come at a time when the US is seen largely anti-racist. Now is the time when people can look back in the past, as done from time to time, in movies, in books, to see how the people of South saw racial discrimination then.

The silent answer by Calpurnia (page 160) – when Jean Louise Finch asks her – is pensively and profoundly expressed by ‘bearing the burden of her years’. More than anything else, this sentence captures the essence of the theme the book is based on.

Character development of Henry Clinton is realistic, is according to the times prevalent in ‘then south’. He may sound submissive at times, but this he does for his love – and that is understood. And so is understood his logic when he justifies his and Atticus Finch joining Citizens’ Council meeting and their views on racial segregation – and his views of staying back and conforming to social norms of ‘then Maycomb’.

Transition of Jean Louise Finch characters, though, deserves more words, her meeting with reality of the day (and of the society) is logically explained in the book – ‘prejudice, a dirty word, and faith, a clean one, have something in common: they both begin where reason ends – ‘uncle Jack Finch’ tells Jean Louise (page 270-271). Irrespective of the word flow between Jean Louise and her uncle in chapter 18, the sentence essentially corresponds to the realization Jean Louise has – from Scout/Jean Louise’s faith in Atticus Finch that prejudices her thoughts to the extent that she starts looking at everything from her POV and Atticus becomes a repulsive figure in her life – to a POV that retains her faith in Atticus Finch, his father and a social man of Maycomb. 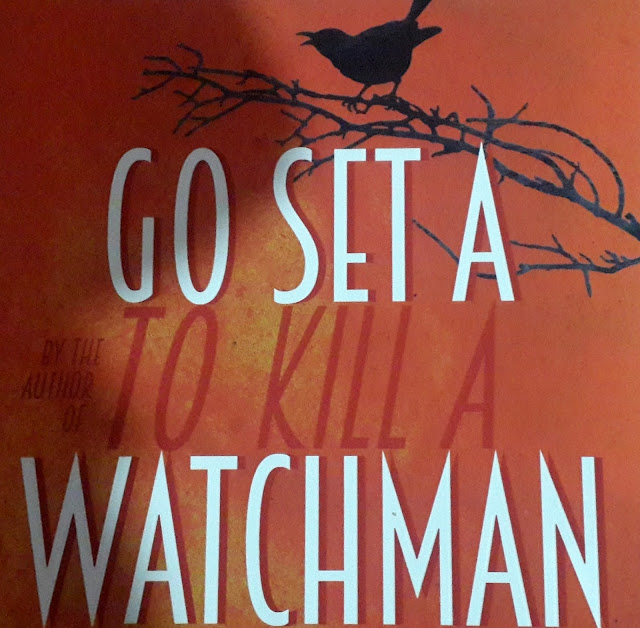