Bahubali (or Baahubali) is a visually rich panorama frame by frame. The movie is packaged with immaculate detailing in its every shot.

In South Indian film industry (Tamil, Telugu, Malayalam and Kannada) - Tamil Film Industry (Chennai) is the best known one for producing epics with larger canvas. Telugu does have produced some big budget movies but not beyond the ambit of run-of-the-mill productions. Malayalam Cinema has produced some of the finest films of Indian Cinema but no one invests there in big-budget movie productions.

Bahubali was simultaneously produced in Telugu and Tamil but is basically a Telugu production and broke the trend of Tamil Cinema in South India producing big budget quality work.

The movie is a quality product in terms of its technical aspects devoted to express finer details of every shot as meticulously as possible, shaping every possible elements of a frame that could be, and capturing it to creative satisfaction.

But the movie is still formulaic with loose plot elements. Going by the first part of this two part production, the film can be fit in the Masala genre based on revenge plots. Focus of direction seems more on producing a war as a visual extravaganza than making the overall plot an intriguing affair.

Here, actors are good but not as big as Rajinikanth is or not as subtle as Kamal Haasan is. Here the movie is grand but not as refreshing as ‘3 Idiots’ was.

But, nonetheless, the movie is a great leap in Indian film industry where most of the products, including the most big budget ones, are not even a time pass affair.

Because, in spite of Bahubali’s déjà-vu plot, where we can easily expect what will be the next development, its treatment has made it a visual cinematic feast exceeding expectations. 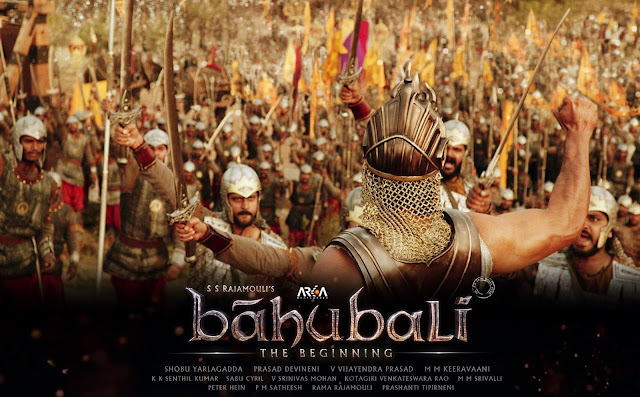