It was June 4 again. Like it is carried, the world carried intense debates and coverage over what happened on this day 26 years ago. Like China has always done since June 4, 1989, it did this as well, suppressing the voices on mainland, while trying to find ways to scuttle the Hong Kong protests that have become an annual feature.

Yes, if any symbolic Chinese element is present in the protests over Tiananmen Massacre (or incident, a political incident China would rather like to its people to believe), it is the annual Hong Kong vigil, organized to remember the victims of Tiananmen Massacre in Beijing’s iconic public square, a large arena.

China has, so far, been able to effectively killed democracy on the mainland and Tiananmen is its living proof and will remain so for the world. The autocracy has done it so successfully that majority of the Chinese now, including majority of its millennial generation born in good times of economic surge believe that Chinese politicians are taking right steps as a New York Times survey study finds.

Their concern is more of financial in nature than political and that is the success story of communist party of China so far. Chinese rulers know they will face problems from a slowing economy first. If any hope of democracy has to find its voice in China again, it will be only after the economy has failed, leading to increased poverty levels and a large impoverished class. That looks a far-fetched conclusion given the economic indicators now.

Even if China is slowing down, it is slated to be the world’s second largest economy. Also, the country will have the maximum share of the middle class population groups by 2021.

It is a large market for the world community to ignore, led by America and other rich and developed nations.

China knows it and exploits the gains suppressing democratic voices ruthlessly on the mainland. It is one of the compromises in China the world community is making.

And its efforts are reaching to Hong Kong now, the only vocal Chinese participation from China for hopes of democracy in the country. China is trying to undermine the democratic voices of Hong Kong targeting subtly the generation behind events like June 4 vigil or July 1 marches every year.

It is trying to do that by exporting mainland system on Hong Kong. Long duration protests were held last year against the Beijing decision to install a puppet pro-Beijing panel for 2017 Hong Kong elections using universal suffrage for the first time. All candidates who will be in fray will be pro-Beijing (chosen by them) and universal suffrage will be joke in that case. Protesters were demanding full democracy in the matter that, as expected, they did not get.  After all, Xi Jinping is being referred to as the strongest Chinese President since Mao Zedong in the global media and it has to have its designs all over, including Hong Kong.

Hong Kong was under Britain for many decades and was handed over to China in 1997 with many conditions including preserving political and economic structure of the city state under ‘one country, two systems’.

China knows it cannot employ its mainland tactics here. China knows it cannot take the risk of subverting the agreement openly and ruthlessly suppress the voices of democracy in Hong Kong. But it can always do so, subtly and clandestinely, with ways like trying to changes text-books with mainland design or denying the people of Hong Kong to choose their own leader.

And it is on the job.

For the moment, Hong Kong stood once again with the world, especially the global media, on June 4, to remember the democratic victims of an autocratic China, hoping to withstand the Chinese might to demand genuine democracy.

I am sharing some of the images of the vigil protest by the media here giving due courtesy to the agencies. 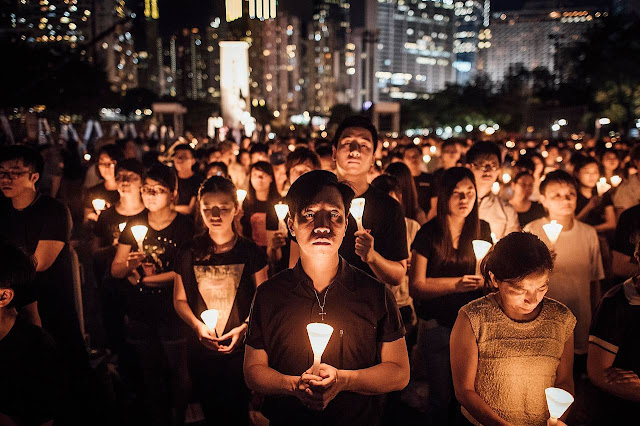 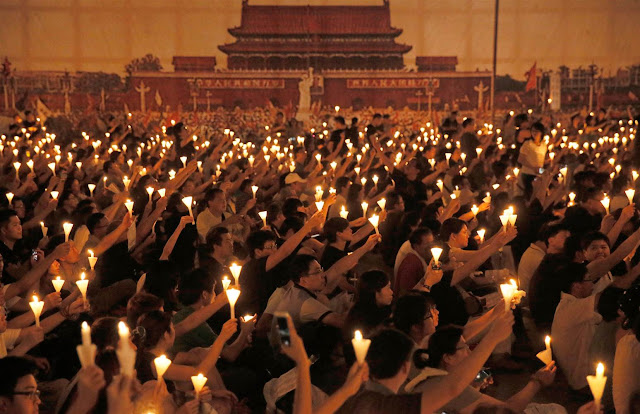 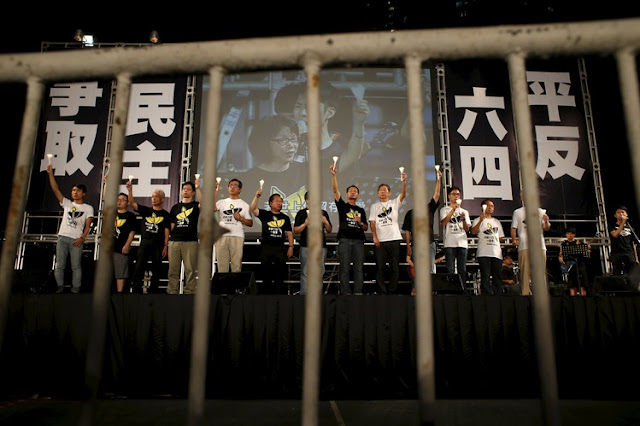 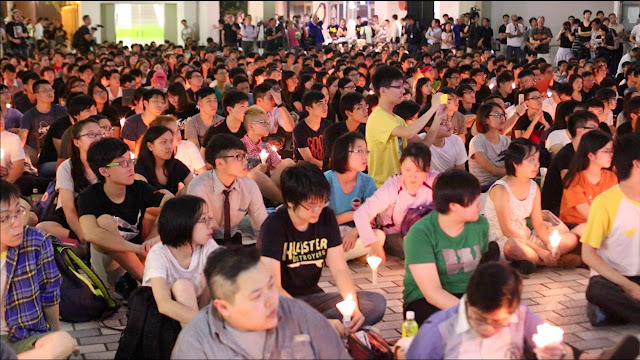