WELL, WHAT ABOUT RAHUL'S LOOKS NOW?

That is a million dollar question everyone should be asking.

Whether he would be in his beards and moustache or a new clean-shaven Rahul Gandhi will be unleashed before us?

The world, as we know, saw him today, this morning, for a brief period.

All we could catch of him was in passing moments the snapshot of which is not clear.

But what was clear that he was looking fit and was 'clean shaven', as revealed in this PTI image. 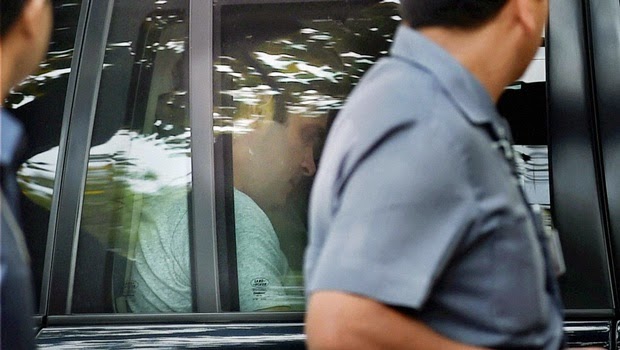 So, is he charged now?

The face, in whatever passing reference, with a clean-shaved look, failed to tell us anything.

And given the spate of past failures - electoral, political and social - that gave him the epithet of a 'reluctant politician' - we are not going to guess it now.

Much depends on how he looks like and how he carries out his polity now irrespective of warring, demanding and celebrating Congress factions.

For the moment, he looks clean-shaved and fit, like one would expect him to be, after a long 'leave of absence' that included meditation sessions (including Vipassana).