CAN THIS ‘ZAMEENWAPSI’ BE A GOOD BEGINNING?

As expected (and claimed), Rahul Gandhi met a group of farmers before the Sunday rally at the Ramlila Ground.

As expected, he did not make any press appearance.

Many in Congress are naming the rally as Rahul’s comeback event but the wise ones are planning it as pro-farmers rally that is intented to launh a series of protests against the land acquisition amendment ordinance.

So, basically it is anti-BJP movement enveloped as ‘Congress’ hands with farmers’ and this website is a reminder of how desperate the Congress party is to reclaim the lost ground.

This ‘desperateness’ is visible in many forms and one is the leadership crisis in the party. Good days are always taken care of but the whole party looks at party’s first family with folded hands during bad days. No one talks of the any other possible leadership that would be natural choice in any other political party.

And this website, with all technicalities, is an extension to that. 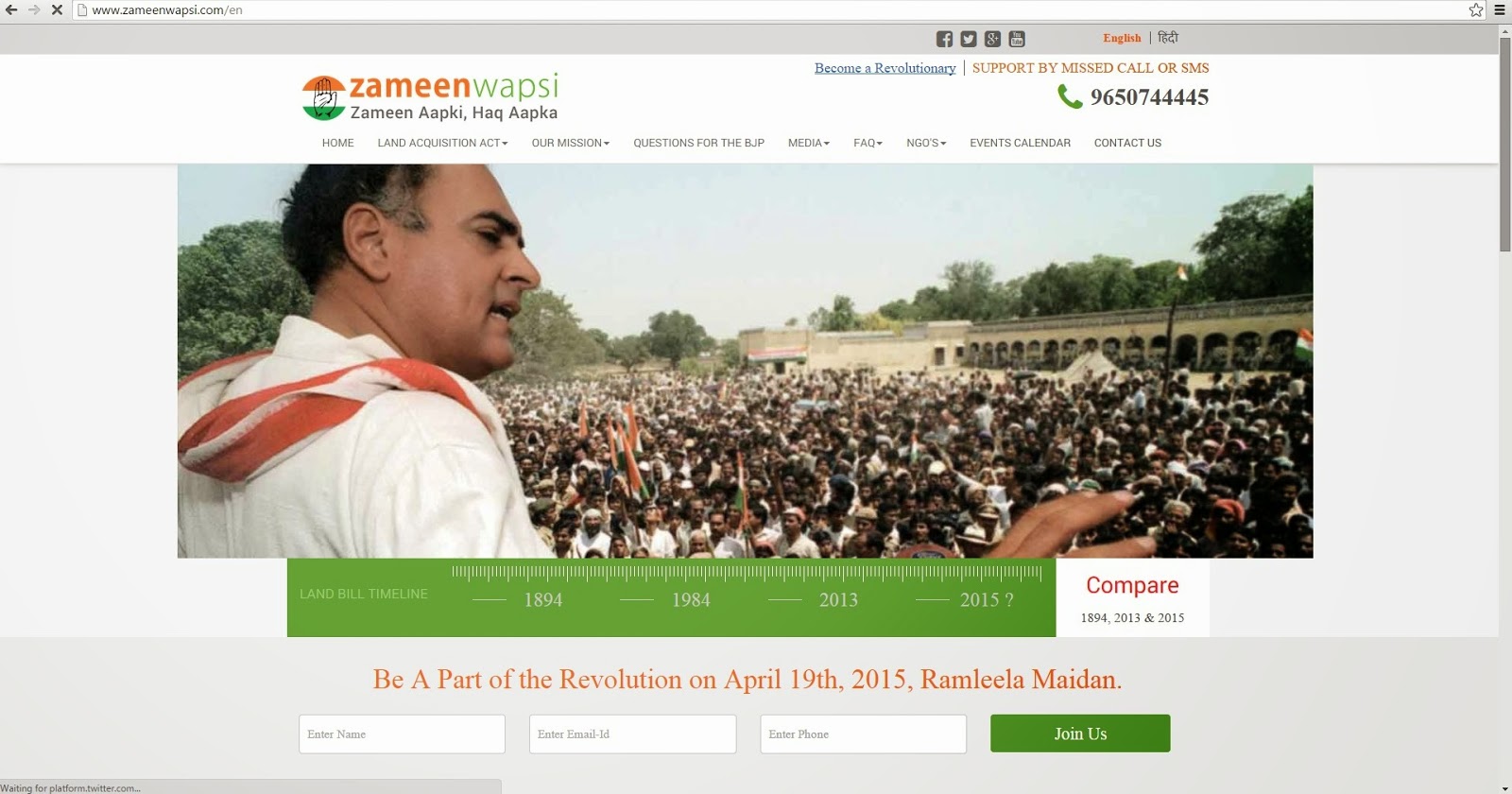 Here, the website begins with Rahul Gandhi (as expected). Sonia Gandhi, naturally, finds the place on the front page at the other edge. The second page is with Rajiv Gandhi. Manmohan Singh finds place on the third page along with Rahul and Sonia. After all, he is the previous prime-minister and it was under his government that the Congress’ land acquisition law was passed. Rahul was again on the fourth page.

Other Congress leaders are absent from the website (as expected). Also absent are Jawahar Lal Nehru, Lal Bahadur Shasti and Indira Gandhi. And above all, the site’s frontage misses Mahatma Gandhi though the timeline about land acquisition in India that it talks about dates back to 1894.

Typical measures by the Congress party, very typical to its halfhearted but desperate measures of now!

Hopefully, other leaders including the historical figures find their place as the days pass on, though the site, and overall activity by the Congress party, which aims to lead the political opposition in targeting the BJP led NDA government, has an inherent danger of legitimising Narendra Modi that no one in Congress is, perhaps, thinking about.

Can Congress start to reclaim the lost ground with this ‘return of the land to its rightful owner’ pledge?