The ‘Kim Nation’ under the efficient leadership of the third Kim, Kim Jong-un, extending the legacies of his grandfather, Kim Il-sung and father, Kim Jong-il, has fired another shot at its arch-enemy, the United States of America, with the successful test of ‘an intelligent cutting edge’ missile.

On February 8, the elite nation of the elite ‘Rogue League’ of the selected world nations, North Korea, test fired an ‘ultra-precision’ anti-ship missile of highest technological sophistication. The third Kim was personally monitoring the exercise, timed before the annual joint military exercise of South Korea and the US, and commended his team for the ‘zero error’ technological expertise, and thus for sending a befitting warning to his rivals.

As expected, it pushed the international media including the US into an overdrive, aimed at undermining the North Korean achievement by spinning stories on the ‘Russian design’ of the missile.

Almost two weeks now, reports and analyses are still continuing, carrying pictures of a beaming Kim Jong-un after the successful test. It has extended the celebrations of the achievement in the hermit kingdom. The North Korean elite believe any sustained negative international media coverage is acceptance of their country’s increasing might. At the same time, the North Koreans also find the hollow rhetoric of the frustrated global forces including the US a good source of funny points to laugh over.

Hitting on the jack provided by this yet another lethal addition in the North Korean arsenal, the official North Korean media declared that Barack Obama was feeling so low with the beaming images of Kim Jong-un that he tried to hide his irritation by indulging in a senseless and gaudy ‘selfie act’.

KCNA, the North Korean state media reported, “Though the partisan US and international media are publicizing the exercise as a promotional event for Obamacare, a health programme, the always credible North Korean intelligence sources say it was a diversion prescribed by Obama’s psychiatrist seeing his heightened level of frustration over the latest North Korean achievement. Now, as the US has no might to take on the supreme forces of North Korea militarily, its leaders are indulging in propaganda acts like this, where they vent their frustration by making gestures as if they are targeting out Supreme Leader, the Commander of the all powerful North Korean forces. Pity them.” 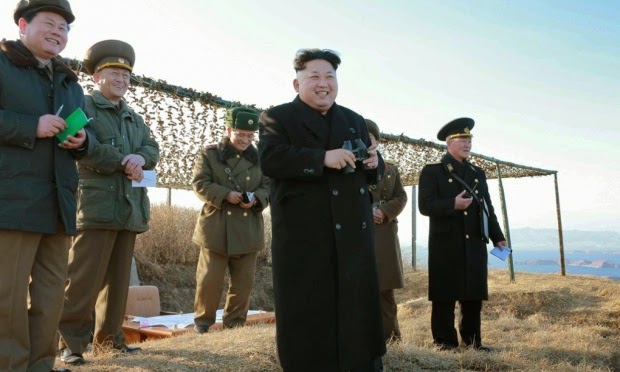 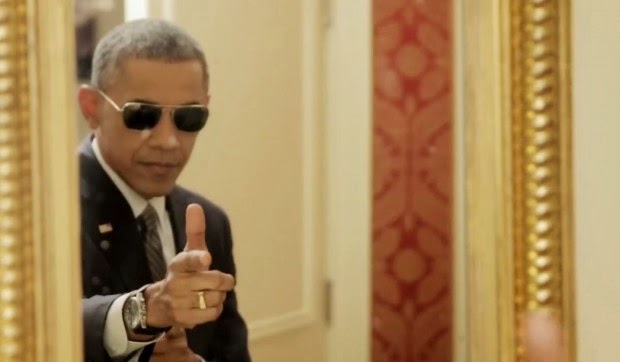 The next success of the mighty third Dear Leader comes soon after the spectacularly successful blitzkrieg of the ‘Sony Hack’ saga, believed to be a North Korean design. The November 24, 2014 cyber-attack on the Sony Pictures had forced the company to pull out 'The Interview', a satirical movie on the third supreme 'Kim'.

‘Sony Hack’ had become a prestige point for the US forcing Barack Obama, John Kerry and Pentagon to react. But beyond browbeating, like they always do, they failed to achieve anything. In fact, as a face-saving exercise, the US forced the company to release the movie later.

And here also, the ‘Kim effect’ proved effective, earning brilliant collections for a movie that was panned by the critics for a being a dumb product. The critics were unanimous that had it not been for the ‘Sony Hack’, the movie would have bombed at the box office.