Yes, it was utterly wrong and there cannot be a way to justify this, even in the political badlands of West Bengal, a state notorious for political violence and political assassinations. Stay assured the law would take its course and the miscreant would face the consequences of what he has done.

But the problem is the law would be forced to inflict the maximum justice possible here where there would be no lines between justice and injustice, where law would go beyond 'law' to appease the people elected to ensure the rule of 'law'.

It was to happen, as it happened in that badland, being run an elected chief minister with a dictatorial mindset who took over the reins of the state after decades of Left Front misrule that left West Bengal in ruins. 'Minus Kolkata West Bengal is as dark as the hinterland Bihar of Lalu Yadav days or even worse' - such analyses were the norm.

Mamata Banerjee promised to herald the state in a new era, changing such perceptions. But the story of West Bengal remains more or less the same. Yes, it cannot be expected that Mamata Banerjee can undo the misdeeds and malaise of over three decades in just four years (she will be completing four years in office in May 2015).

But these four years have clearly told that she is not the stuff she promised to be. Instead, she has increasingly shown her volatile temperament that presents before us a politician who is dictatorial, who doesn't tolerate any sort of criticism, who is anti-democratic in her style of functioning and who is nothing more but a routine politician who counts her rule, her kin, her party and her political legacy before anything else, including the concerns of the common man and development of the state/nation.

The nation has seen her such demeanours on display time and again like colouring Kolkata blue and white as these are Mamata's favourite colours, banning newspapers critical to her from public libraries, taking Marx out of West Bengal textbooks, branding students Maoists on questioning her and so on.

And it is on display again.

The simple and honest Mamata Banerjee who boasts of a detached lifestyle and political legacy has charged a 22-year old engineering student with 'attempt to murder' for slapping his nephew, who is also an MP (member of parliament) from her party, TMC.

Now, irrespective of the motives and the background of the youth, he cannot be charged with something so serious like 'attempt to murder' that can leave him in jail for his life and an administration on toes can stoop to any level to appease the authoritarian in Mamata Banerjee would do all to ensure that.

In fact, when we see how brutally the youth, Debasish Acharya, was beaten by the TMC members (or say goons after seeing this photograph of the 'lynched' youth published in 'The Telegraph' and DNA), it should be the TMC members who should be charged with 'attempt to murder' and Abhishek Banerjee, Mamata's nephew, should be charged with 'abetting the crime' as the rally was held for him and he kept on addressing the gathering while goons of his party were busy in breaking bones of the 22-year young. 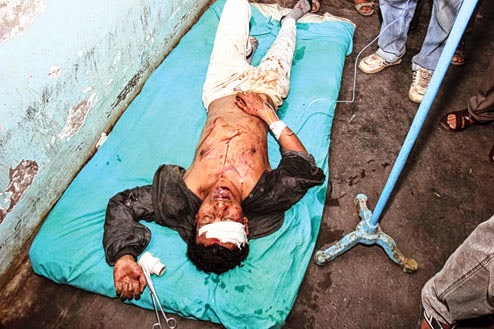 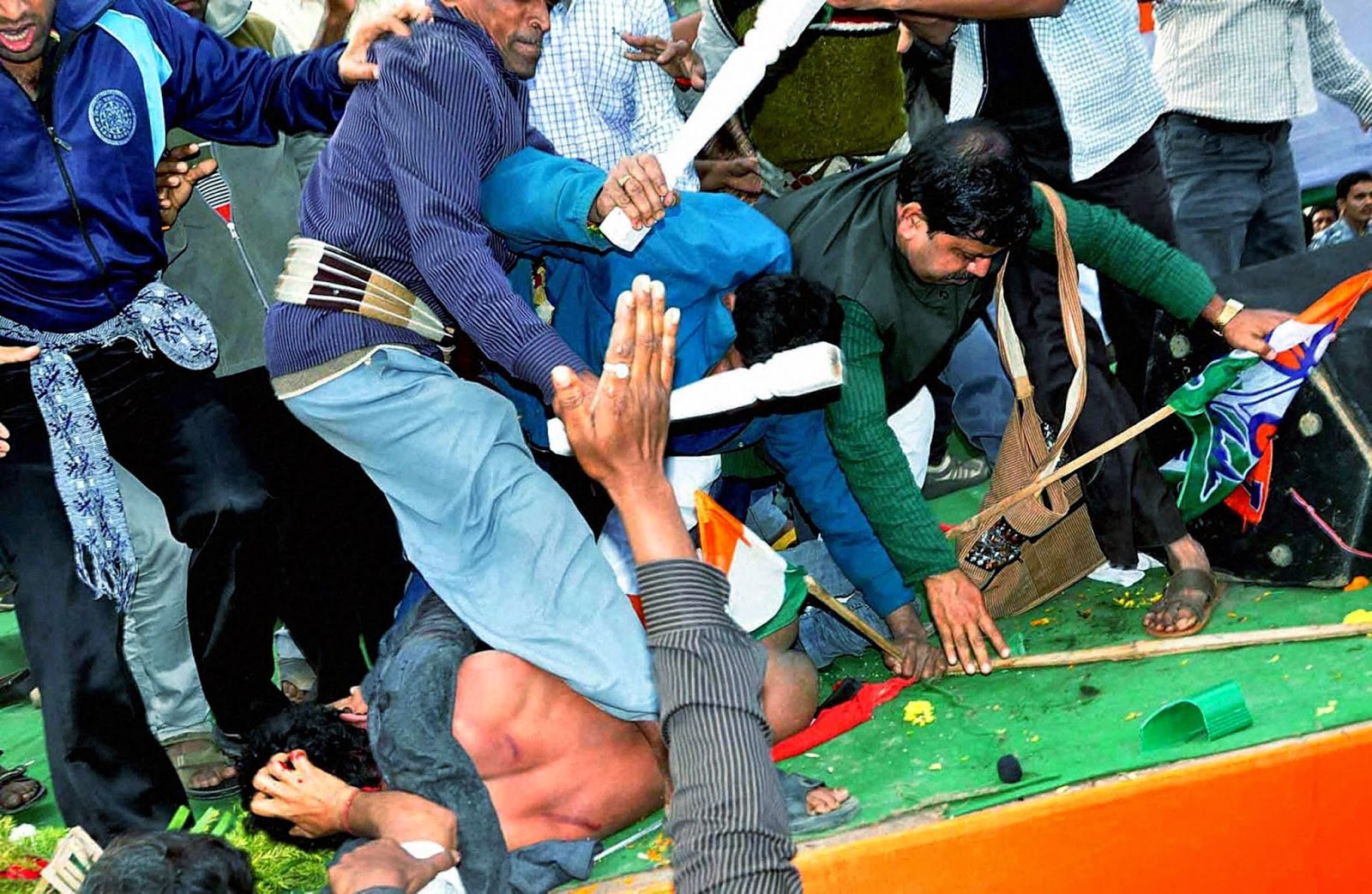 But, then it is Mamata Banerjee, yet another big letdown for the common man, yet another huge political disappointment of Indian democracy.

How can we expect rationality and justice from someone like Mamata Banerjee who blames rape victims in order to keep record of her governance clean and straight, who brands every critic a Naxal, a Maoist, an anarchist, who staunchly defends her corrupt party men involved in a big scam, even if her ministers are in jail.

And so, the 22-year engineering students, left bloodstained and with multiple fractures for slapping Mamata's nephew (Abhishek Banerjee didn't have even a red-cheek to show), is charged with 'attempt to murder' while the goons of TMC walk free, without any charges, when it was all on camera, when their lynching almost killed Debasish.

And the whole nation saw it. And the nation knows one thing with certainty that it was not at all 'a life threatening slap' something that Mamata, her party men and her spokespersons are crying/ would cry  over the top to prove.