January 27 is the International Holocaust Remembrance Day - observed each year to commemorate the victims of the concentration camps - to remind us of the horror that had been made a way of life for millions in some 300 concentration camps in Germany or in German occupied territories.

Some 7 million of these many millions were killed in these forced labour camps that also doubled as death factories, the so-called extermination camps - employing death as a tool to intimidate, to propagate, to indoctrinate, to manipulate humans into soulless creatures and to kill - randomly, systematically, methodically.

In these death camps, fellow human lives were made objects of derision, subjects of sadistic pleasures, trophies of 'shoot at will' shootouts and raw material for German industries. Including children, they were mere subjects for dangerous scientific experiments.

The Germans of Nazi Germany mastered their ways to quench their thirst and lust for human blood my bringing mass murder machines and technology - gas chambers coupled with electric crematoria to these camps.

The highly organized machinery to exact the 'cleansing' as forced by Adolf Hitler and his band had set targets to kill 'minimum this many' on a day.

In these camps, the human subjects, were pushed to such extremes that they had forgotten what a human life was, what life they had lived some years ago - to accept a lowly life subservient to the whims of the masters of the so-called superior race who lorded over them in the camps - to follow a life where they did not have relations, no sons, no daughters, no wives, no husbands - to live a life without expressing hunger (starving to death was strictly practiced, even children were not spared), love, pain and suffering - to become fearful animals living always in the shadow of death - to the extent that death became the only liberator.

The methodical process in these camps began with the basics - by wiping out names replacing them with numbers and thus eliminating existences - and went to the satanic levels of corrupting human minds where a brother would kill a brother for a loaf of bread or a piece of cloth.

On January 27, 1945, the largest of these, Auschwitz II - Birkenau, was liberated by the Allied Forces.

Estimates say some four millions lives were annihilated at Auschwitz.

Today is the 70th anniversary when the killing machinery at Auschwitz was finally shut - but with multitudes who were still dying.

The scale of human debasement and the loss of human lives in these camps are so beyond human history and are so shocking that even the 700th anniversary would need us to react in the same way as we react today, as humanity reacted when it came to know the reality of these barbed-wire camps, as the Allied Forces set on liberating them - piled up human carcasses, in mounds of thousands, charred corpses, starved, skeletal survivors who had gone beyond such thoughts that if they were sleeping in a room full of dead or if they were having no clothes on their bodies.

They were just bones, frail bones, irrespective of the age-group. The flesh was the first thing that Hitler's soldiers chopped from inmates' bodies to stuff their platters.

What happened then, in these concentration camps - must never be forgotten - because it is important for us to remain 'us', the human-beings - the first and the foremost principle of being a human - to see others as 'as equal human beings as we are'.

It is important for humanity to revisit these images - again and again - randomly and regularly.

It is important that generations to come have access to these images to know how devil human thinking can become and what it takes when it gets to that.

Holocaust literature, Holocaust documentaries, Holocaust TV shows, Holocaust movies and Holocaust related events like this must be made important elements of 'exposure to history' for everyone in every society.

There are documents. There are enactments. And in good numbers.

But the most important are the tales of survivors, the books by them and the books on them, and the images of the camps, still and moving. In case of images, we need to rely mostly on visuals shot by the Allied Forces.

Though marred by geopolitical compulsions, some of the real footage of the concentration camps as the Allied Forced were liberating one after the other, have found their way into the public domain.

But the larger part of the thousands of hours of footage is still lying in archives. It is needed to be taken out and put in public domain.

And there is some positive news on this. An important project that was shelved after some months into making in 1945 on 'factual survey of the concentration camps', the most direct and detailed one, has seen some restoration and release of some of its footage after 70 years with the documentary 'Night Will Fall'.

The documentary, with so-far unseen footage, including of Auschwitz, reflects on the efforts to shoot and record the concentration camps by the British government with the movie project 'German Concentration Camps Factual Survey' that was never completed though some related footage was available with 'Memory of the Camps' and some other productions. 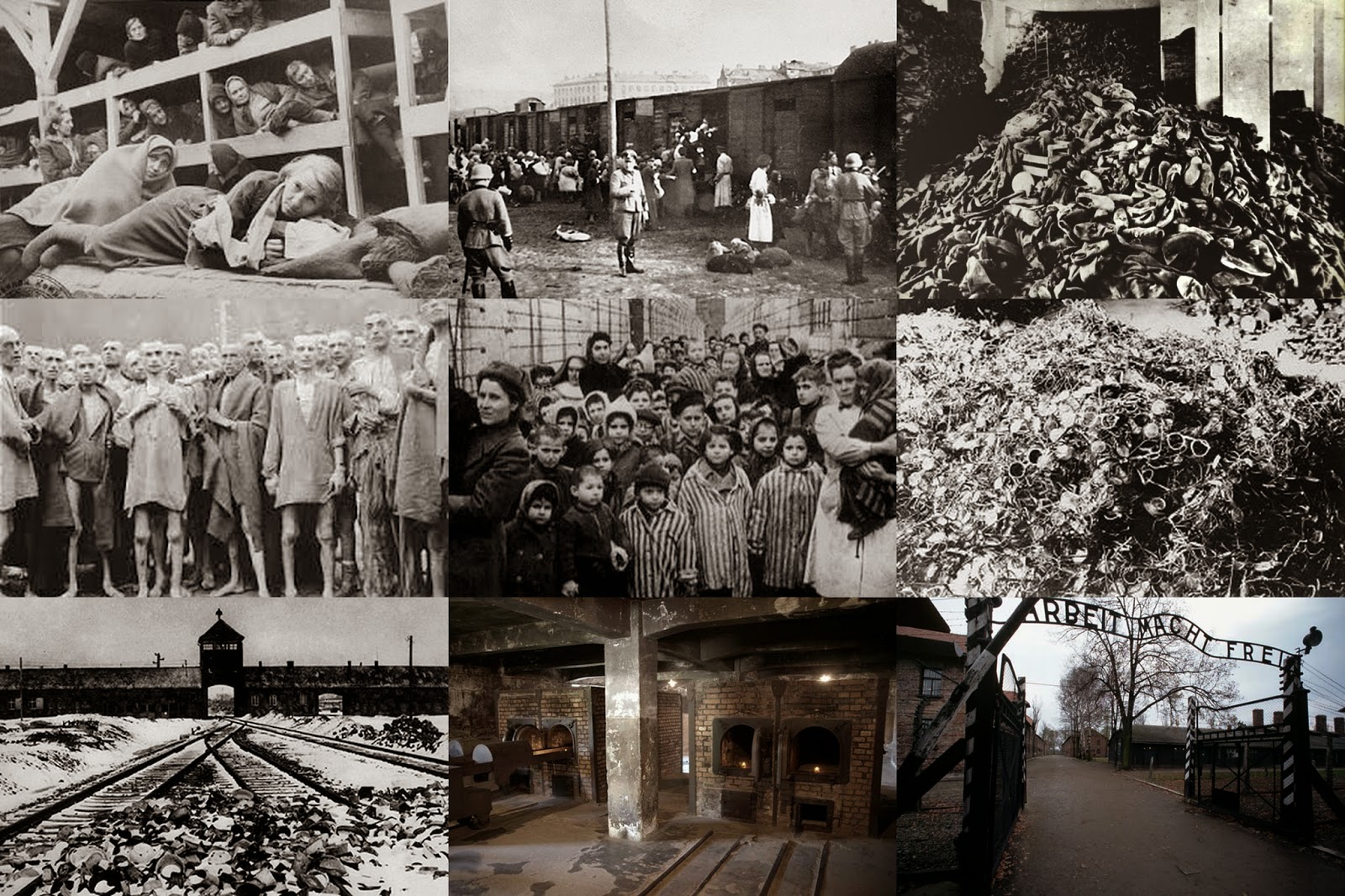