Charlie Hebdo is going to come out next Wednesday, the day it comes out every week - in the true spirit of the rightful and needed defiance of the terror attack on its office in Paris yesterday that killed its 10 staffers including its four cartoonists. And they are going to print 1 million copies. In past, the average circulation figure of the magazine has been hovering around 50,000 copies.

The killers are on the run. The manhunt is on. Some over 80,000 French security personnel are mapping the possible leads. The world is watching. And the world is speaking on it.

And the defiant voices that started emerging immediately, are getting stronger with time, with people from the world over expressing their outage, flooding the social media platforms - with media outfits paying tributes and keeping up the momentum.

And the anger, the shock, the pain and the resolve - it reflects in the cartoons drawn to pay tribute and drawn to show the defiance - with cartoonists coming out fiercely in denying the terrorists what they were aiming for - instilling horror in the hearts of those who defy the diktats of terrorists and the terror warlords.

The cartoons of defiance slap rightly in the face of terrorists and fear-mongers with hard and direct attacks, something that made for several Charlie Hebdo covers, as well as with subtle symbolisms, the hallmark of political cartoons.

Here are some of the best 'cartoons of defiance' from the Internet pages: 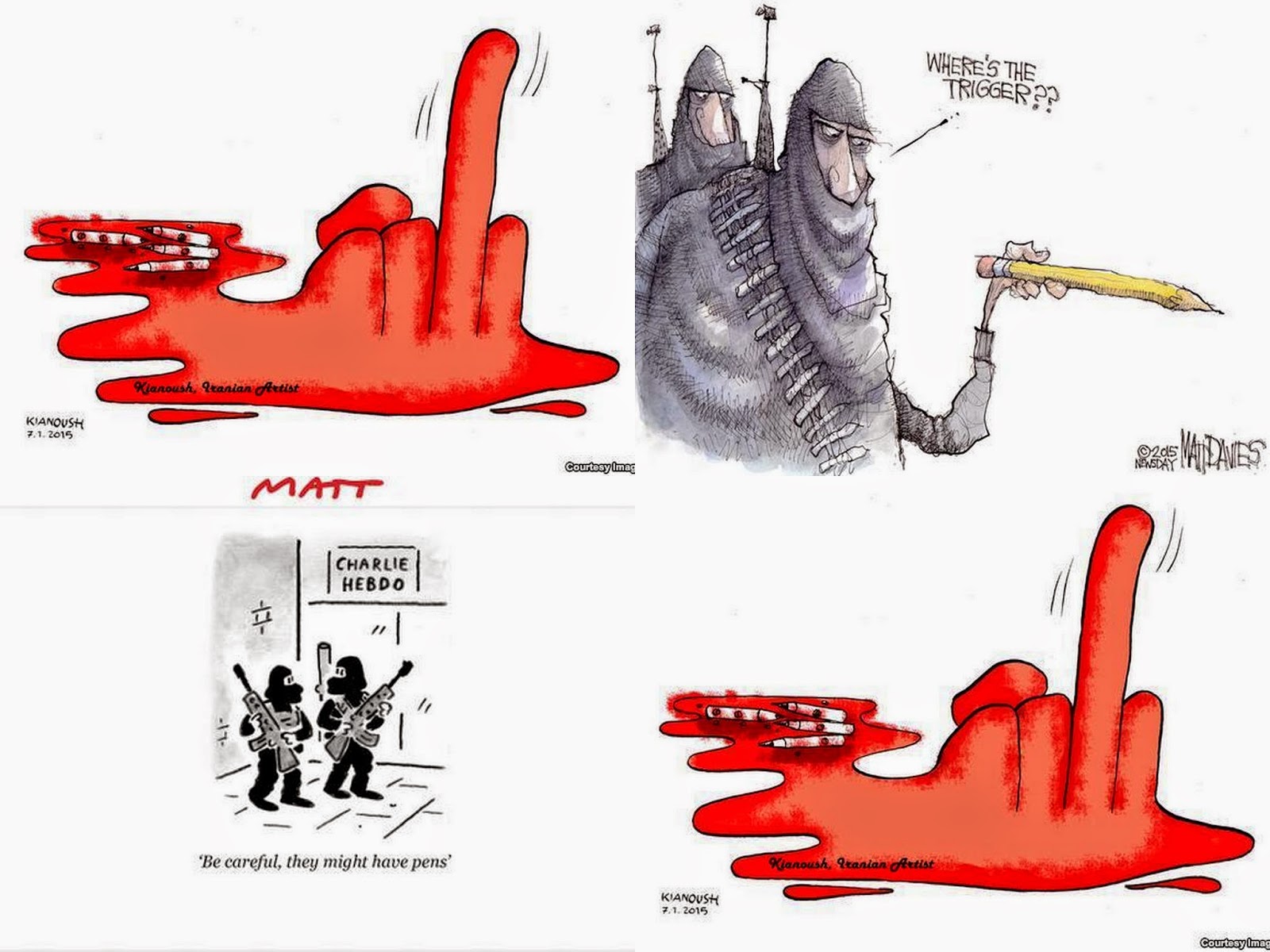 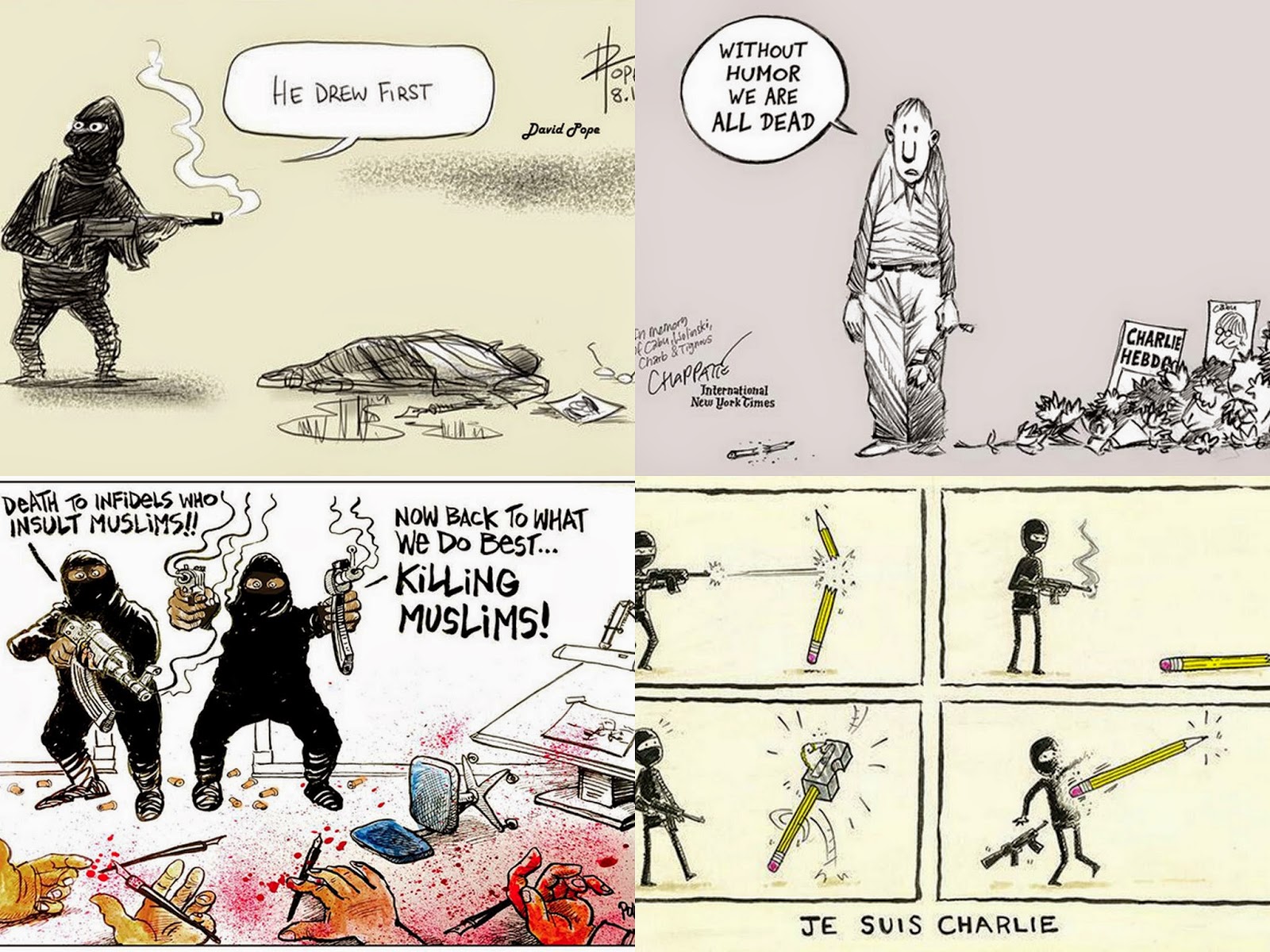 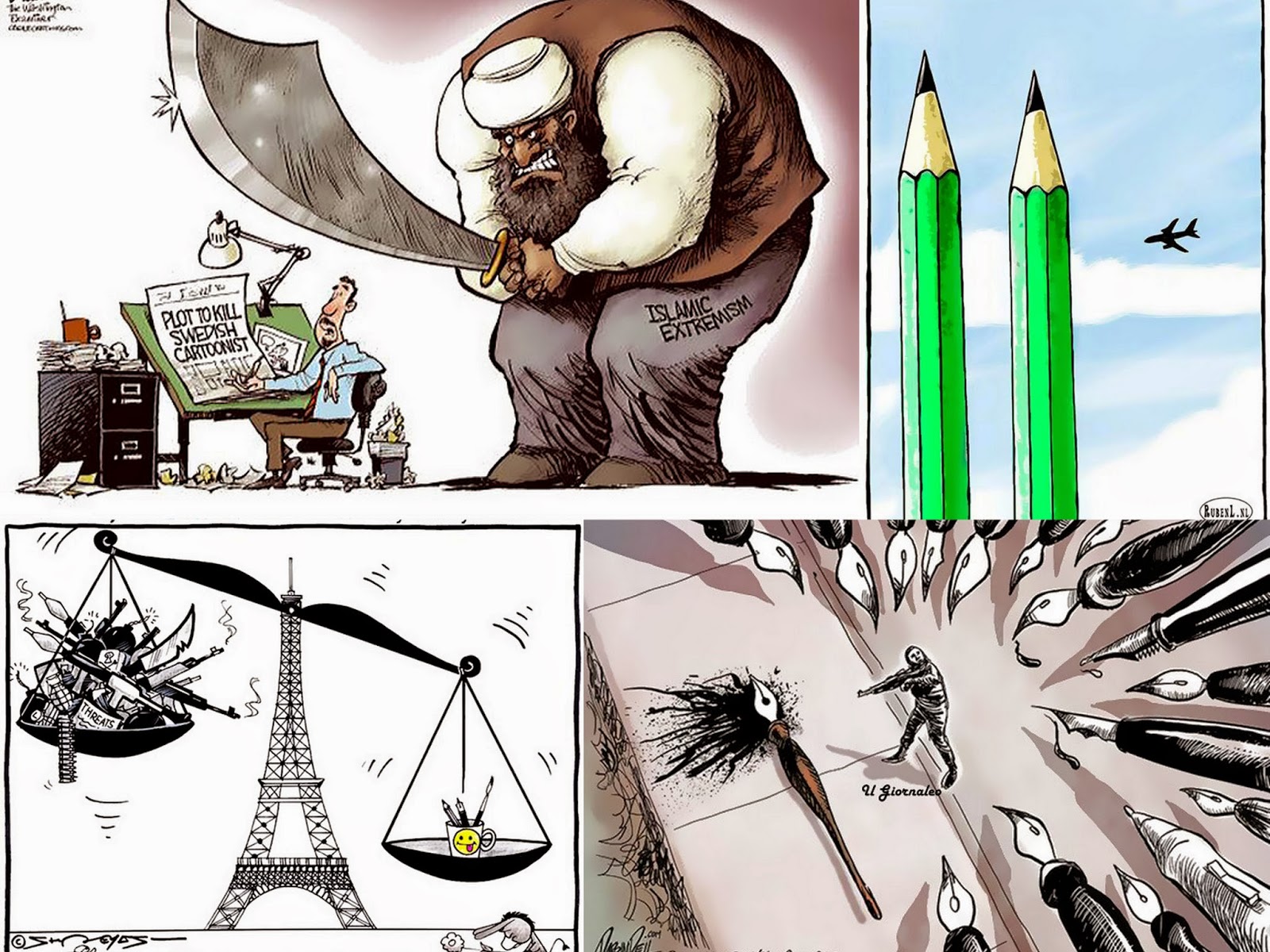 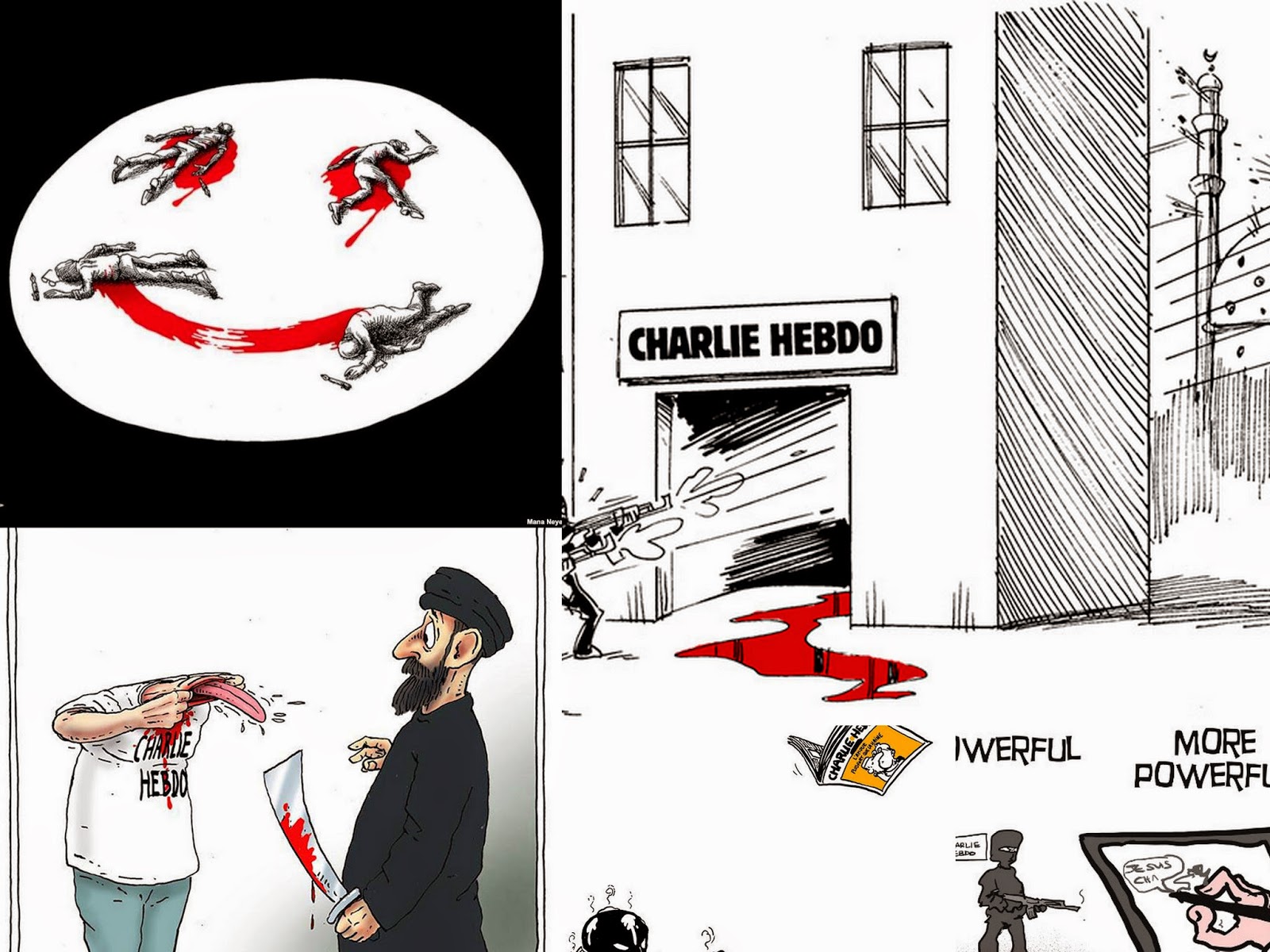 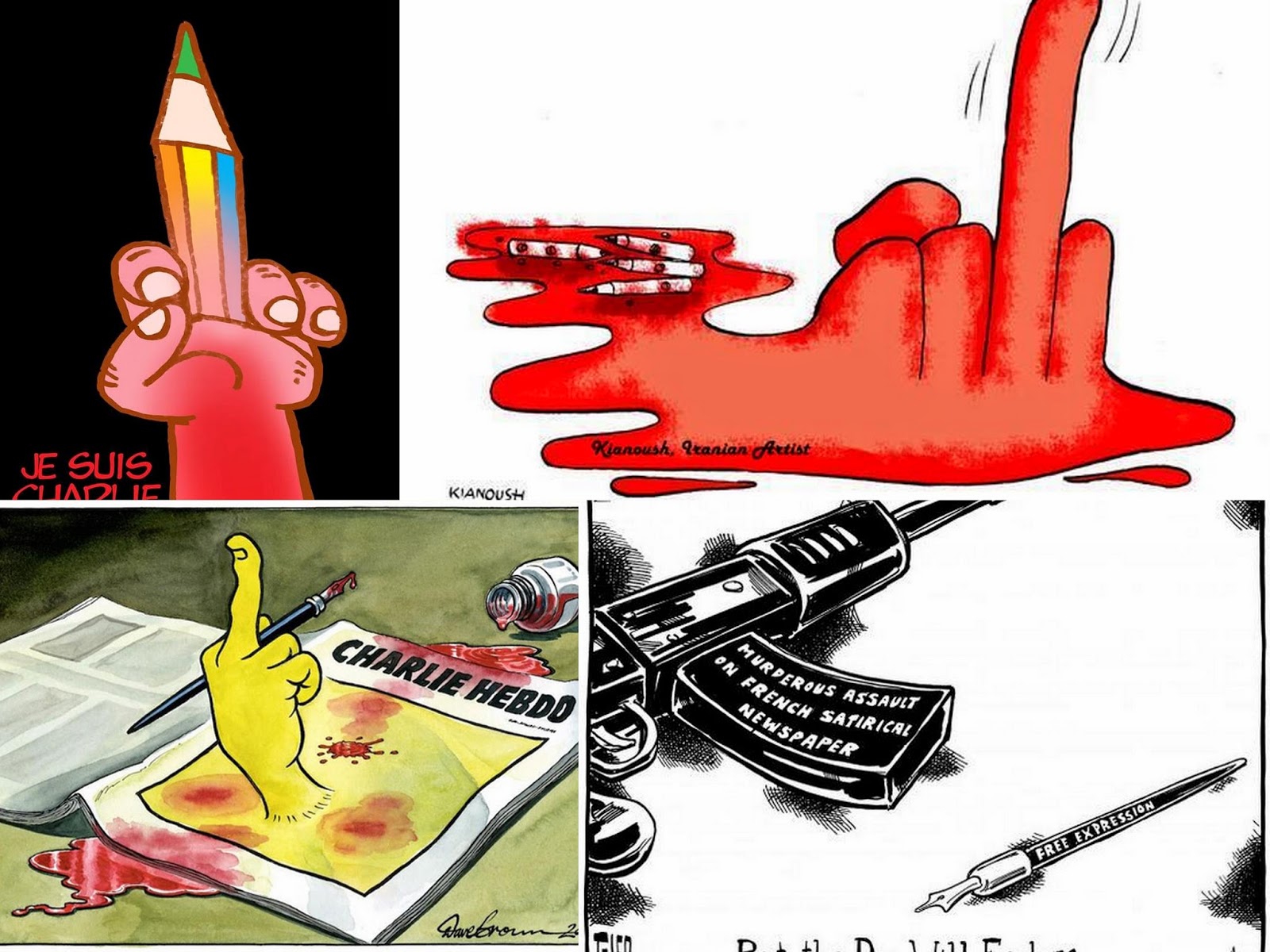 CARTOONS OF DEFIANCE
Posted by Santosh Chaubey at Thursday, January 08, 2015