WITH HISTORY-MAKERS, HISTORY IS THE MOST LETHAL WEAPON OF MINDSET CONTROL

History is the most lethal weapon of mindset control when history-makers come to dominate history-writers; when research, that is always political in nature, is skewed to the designs of the times and the people and ideas controlling those times; when research becomes totally purposive to the outcome, by its presence or absence.

History can make North Koreans believe that the world was created by Kim Il-Sung, the 1st 'Kim' of the 'Kim Nation' who ruled it for 44 years, from 1948 to 1954. The ‘Eternal President of North Korea’ started using ‘Great Leader/Supreme Leader’ for himself right in 1949.

The North Korean history extracts tailored response from people controlled by the 'hermit' menagerie that the 2nd 'Kim', Kim Jong-il, who worked tirelessly to build personality cult of his father under his efficient tutelage, controlled weathers. Probably, this love for history-making pushed the 'dear leader' to bring the 'enduring' famine of 90s to the 'people' of country that made some 3-4 million of them 'history'.

History can make him the 'Kim' who defeated America and unified Korea, eliminating/mass assassinating the South Korean leadership, the extensions of the godly powers of 1st Kim's creation-of-the-world and 2nd Kim's control-and-manipulation-of-weathers, without venturing out of Ryongsong Residence, even once.

After all, it is entrenched in the North Korean psyche that South Korean President Park Chung-hee was assassinated by North Korea, when, in reality, he was killed by his own security chief who claimed ‘democracy in South Korea was his motive’, and that North Korean missiles reach and carry the job of destruction/Supreme Leader’s wrath on the American mainland where citizens live in poverty and face chronic unemployment.

See it to believe it -google for many of North Korea’s propaganda videos and images, though there are some ‘researchers’ who deny that the North Korean personality cult goes to this extent – to present the ‘supreme leaders’ as having godly powers – but the images out of North Korea – leaked or officially released – tell us otherwise.

The embalmed and preserved bodies of Kim Il-Sung and Kim Jong-il in Kumsusan, the palace of sun, the grand mausoleum, the most sacred santum, communicate directly to Ryongyang Residence, to show the light, to guide Kim-3, the 3rd Supreme Leader/Great Leader.

And such effects of history-making are universal in nature and can be applied to any country, any civilization, including the world's largest democracy. All it needs are the patrons to discover and promote the talent and purpose of master manipulators, the history-makers!! 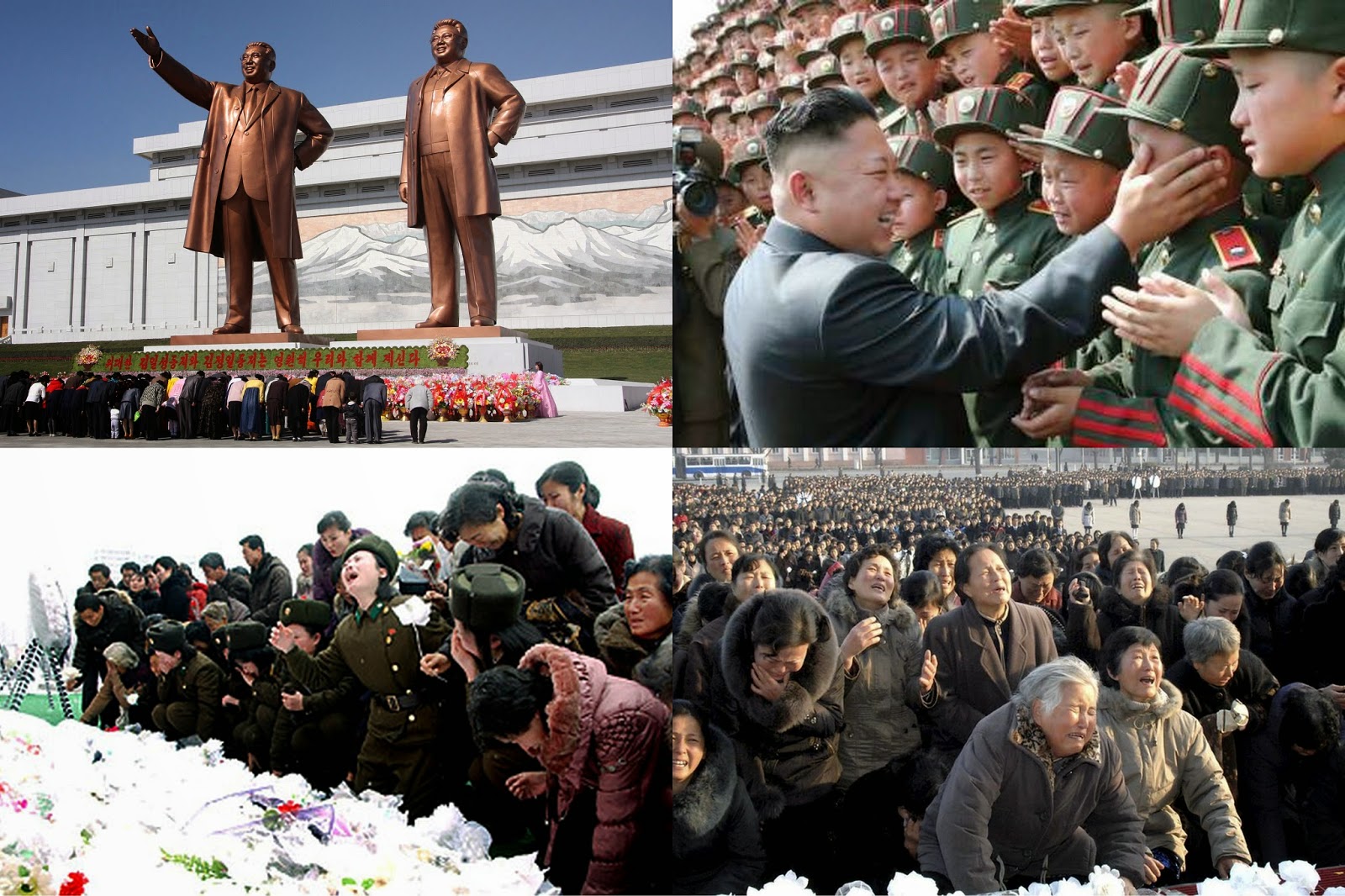