NARENDRA MODI MUST REMEMBER WHY THE YOUTH VOTED HIM IN

The public anger against Congress, mixed with the cocktail of its governance related anti-incumbency and its pro-corruption image, pushed the majority of the youth votes to Narendra Modi.

But why Narendra Modi only? Why not other opposition politicians?

Because he was the only projected prime-ministerial figure of pan-India appeal. Because he was the most tech-savvy politician with huge following on social media platforms - Facebook and Twitter. Because he had delivered consistently on his promises of governance and development with a 'brand' of politics that appealed to the youth - smart cities, big-ticket infrastructure like Bullet trains, end to end connectivity, employment, checking internal migration for livelihoods. Remember his speeches in Uttar Pradesh and Bihar where he sold, day after day, rally after rally, the dreams of providing jobs to the youngsters in their own cities/regions.

No other political opposition figure had these many elements to appeal to the needs and aspirations of the youth, the largest demographic segment of the country.

Half of over 81 Crore voters in the Lok Sabha polls were youngsters, below 35 year. Over 31% of the Indians were in the crucial 18-35 years age-group, the voters, including the first-time voters. 20-30 is the age-group that seeks entry to the job markets.

Their first and foremost priorities are job, employment and future security.

According to the Census figures, in 2011, the number of households having unemployed members rose to 28% from 23% in 2001, an all time high for the decadal exercise. Some 110 million or 15% of the working-age population of 15-60 years were jobseekers.   When seen from the perspective of youngsters, 18% of the youth in the age-group 25-29 were looking for jobs while unemployment rate in the age-group 30-34 years existed at 6%.

And most of them voted for Narendra Modi we find when we read into the analysis of the voting patterns of the Lok Sabha polls 2014.

And we don't we have convincing reasons to say that they were pulled to vote for Modi because of his polarizing appeal.

After all, a famous and often-used proverb says that one cannot (and cannot be expected to) worship God with an empty stomach.

This graphics from a Quartz India article on youth priorities trending during the Lok Sabha polls only corroborates it. 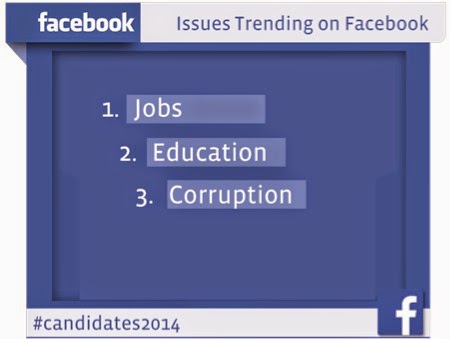 They voted Narendra Modi in for his promise of development and for their future and not for elements of communal politics/politics of polarization. We should gauge this from the fact that, in spite of all the efforts, Ram Temple doesn't stir emotions anymore.

The priorities are clearly changing and are changing fast.

And dominance of issues like religious conversions or sanctifying the forgettable (yet not to be forgotten, for they remind us of the dark forces of democracy) ghosts like Godse would make them feel cheated. Their future is at stake and they need a politics of change to change their fortunes and cannot allow absurd issues to hijack it.

They won't allow the forces diluting the development agenda. And if Narendra Modi doesn't deliver on it, and allow the fringe, communal elements to go unbound, he is not going to make it home in Uttar Pradesh and Bihar assembly polls as that would be a logical window of time (around two years to around three years) to assess the performance on delivering the related poll promises. But we should not be surprised if we see its signs even in the upcoming Delhi assembly polls.

Narendra Modi needs to feel it, think on it, realize it, and needs to act on it.