NOVEMBER 19 RESONATES FOR A DAY NINE YEARS AGO: SHANMUGAM MANJUNATH

November 19 resonates for a day nine years ago. In 2005, an honest and promising youngster, who was trying to live his ideals, the ideals that are supposed to be followed universally, as parents expect from their children, as is taught in all schools, as all the scriptures scream to convey, was shot to death for following these universal principles of human civilization.

The 27-year old IIM Lucknow MBA and Indian Oil Corporation's 'Marketing Manager Grade A' was killed while carrying out his duty honestly, living the ideals the way we all are supposed to do, the way the oath given to ministers, legislators and bureaucrats expects - not compromising on values of honesty and integrity while holding the office.

And that behaviour in office reflects the conduct in personal life.

And the universal norms expect them to be voluntary and not forced.

Yes, he was not alone. But humanity gets such souls rarely, the commoners who stand up and speak up for what is right, without fear, with an unflinching resolve. He was one among the rare breed of leaders who continue to show us the light in spite of our betraying attitude; they continue to put their lives in grave danger for the principles of humanity, for the social ethos of human civilizations, that societies tend to undermine.

I caught somewhere an article on a college debate on S. Manjunath titled 'Was Manjunath idiotic or heroic?' with the team behind the biopic 'Manjunath'. Its director Sandeep Verma here talks about his meeting with Manjunath's parents in Karnataka. The observations on conversation he had with them is an eye-opener on the social ethos today.

"I met Manjunath’s family in Karnataka. I knew that Manjunath had come from a humble background. I met his grief-stricken but proud parents. I could discern that his mother was shocked that people were implying that Manjunath could have exposed the scam in a different way. He could have been more patient, used different methods, that he was stupid or naïve, and that is why he was killed. People made them feel almost ashamed that they had a son who could not adjust to a situation. While the students absorbed Verma’s statement, the director looked angry as he stated, "This was really a barometer of how society treats its heroes. It was a reflection of us. I was angry when I heard this. Manjunath’s mother told me she does not want a single rupee from this movie. She only wants me to show that her son was not stupid but courageous."""

People like Shanmugam Manjunath are the reminders of what we have become, in the name of civilized societies of a thriving democracy where a 'Goonda Godman'(Rampal, Hisar, Haryana) takes on a state machinery and refuses to bow before the Constitution of the land.

What we have become reflects in her mother's worries that people see his brave and honest son as 'stupid or naive', as someone who could not 'adjust to the situation' when we need to live the spirit with which he lived the ideals of personal and professional integrity.

People like Shanmugam Manjunath are the guiding spirit for them who still believe in the universal values of humanity, the human life and the societies should follow. For them, November 19 reflects more on lives like S. Manjunath than the 'high and mighty' names like Indira Gandhi whose birth anniversary also falls today. 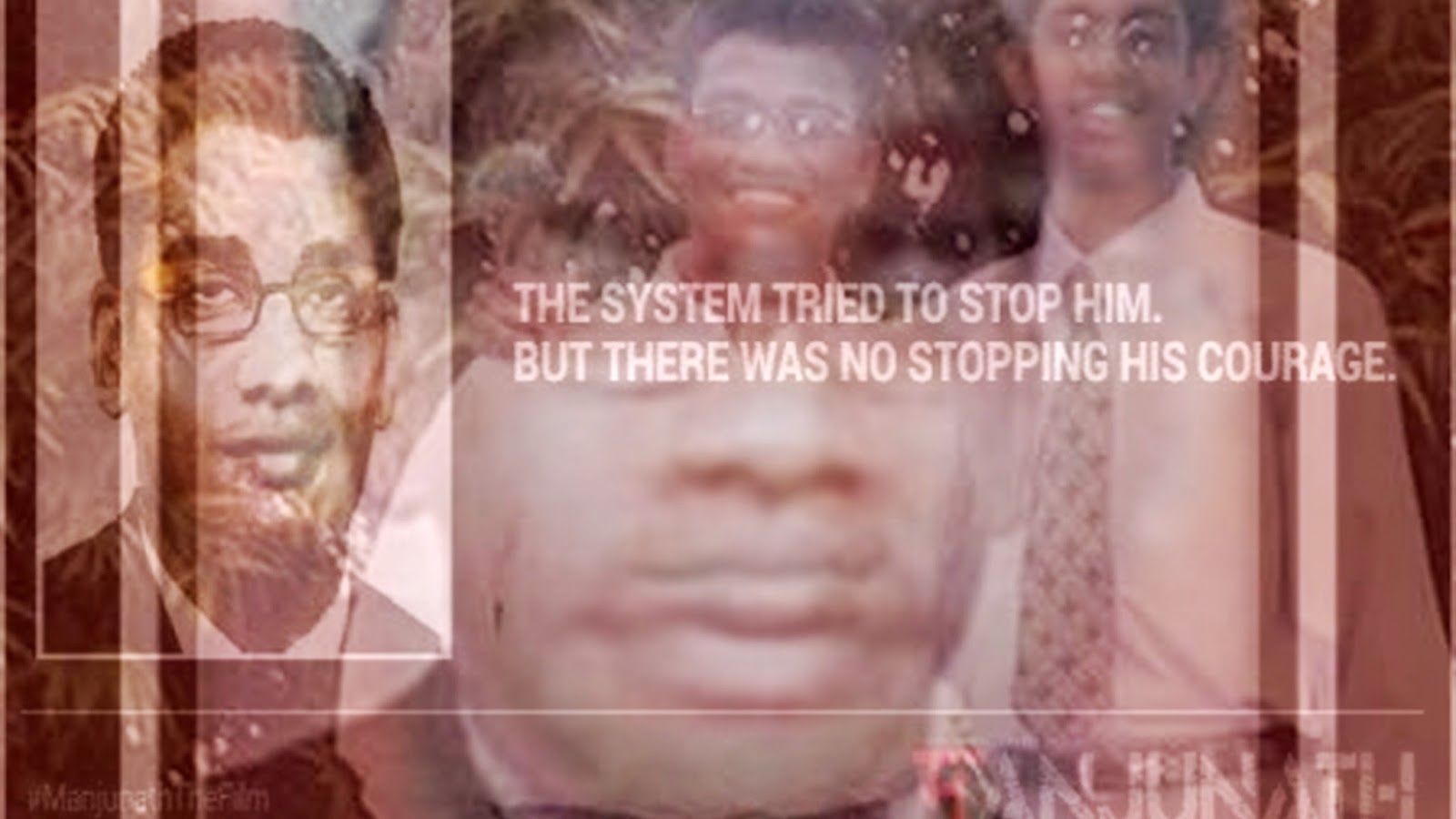 NOVEMBER 19 RESONATES FOR A DAY NINE YEARS AGO: SHANMUGAM MANJUNATH