SPOT FILTH! LOCATE GARBAGE! WHERE IS LITTER? THOSE WHO FAILED TO MAKE A MARK 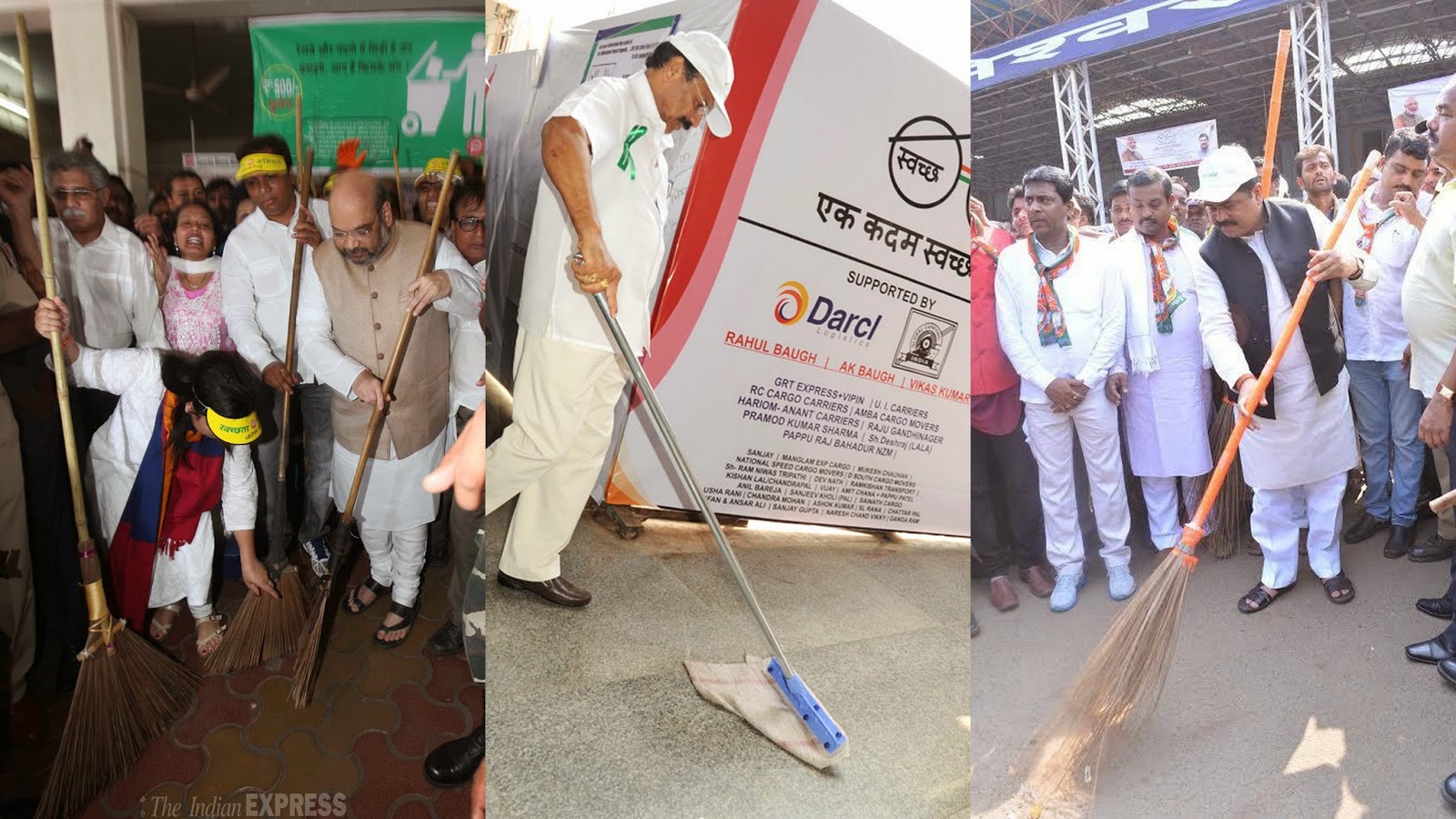 Delhi, like any other Indian city, is no free of filth. Yes, being the National Capital of India, it has some very nice, clean patches like the Lutyens' Delhi or the posh localities of its different city districts. But except few of the places, the measures are cosmetic one can find on digging more. Main roads are clean in many areas but take a little detour to lanes and arterial roads and one can see the pathetic condition.

West Delhi, East Delhi and North Delhi are full of such spots. And one can find such spots even in the Lutyens' Delhi, in Connaught Place, in poshest of Central Delhi and South Delhi localities, in isolated spots of Ministries, in frequented areas of many of its buildings housing the institutions and the bureaucrats. And for the whole country, don't ask, such spots have prime visibility and a nauseating presence.

So, a good intent to clean India of filth could have easily found more than enough of spots in Delhi, or for that matter, in different parts of the country as the campaign was launched nationally.

But, here about Delhi, as Delhi was championing the cause. 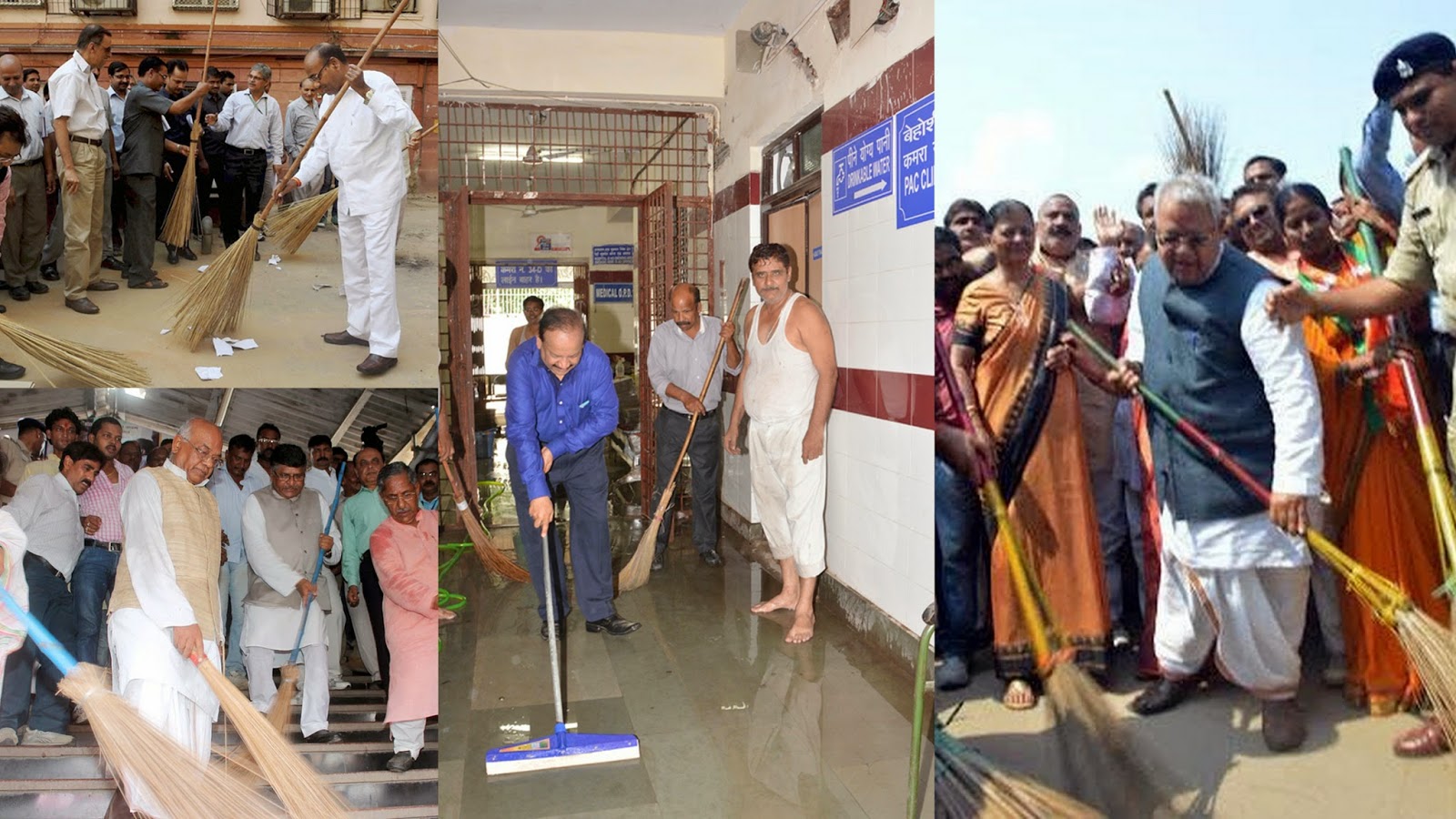 But except few, all others looked to take it lightly, like they have been doing it, diluting and compromising the essence of the intent.

And that too, when it was to be launched on October 2, the birth anniversary of the Father of the Nation, Mahatma Gandhi, with his message on cleanliness and a photograph where he looks deeply engaged in cleaning garbage.

And that too, when it was spoken of emphatically by a strong Prime Minister who came out this morning, proved seriousness of his intent yet again, and tried to convey it to his ministers, but it went in vain. 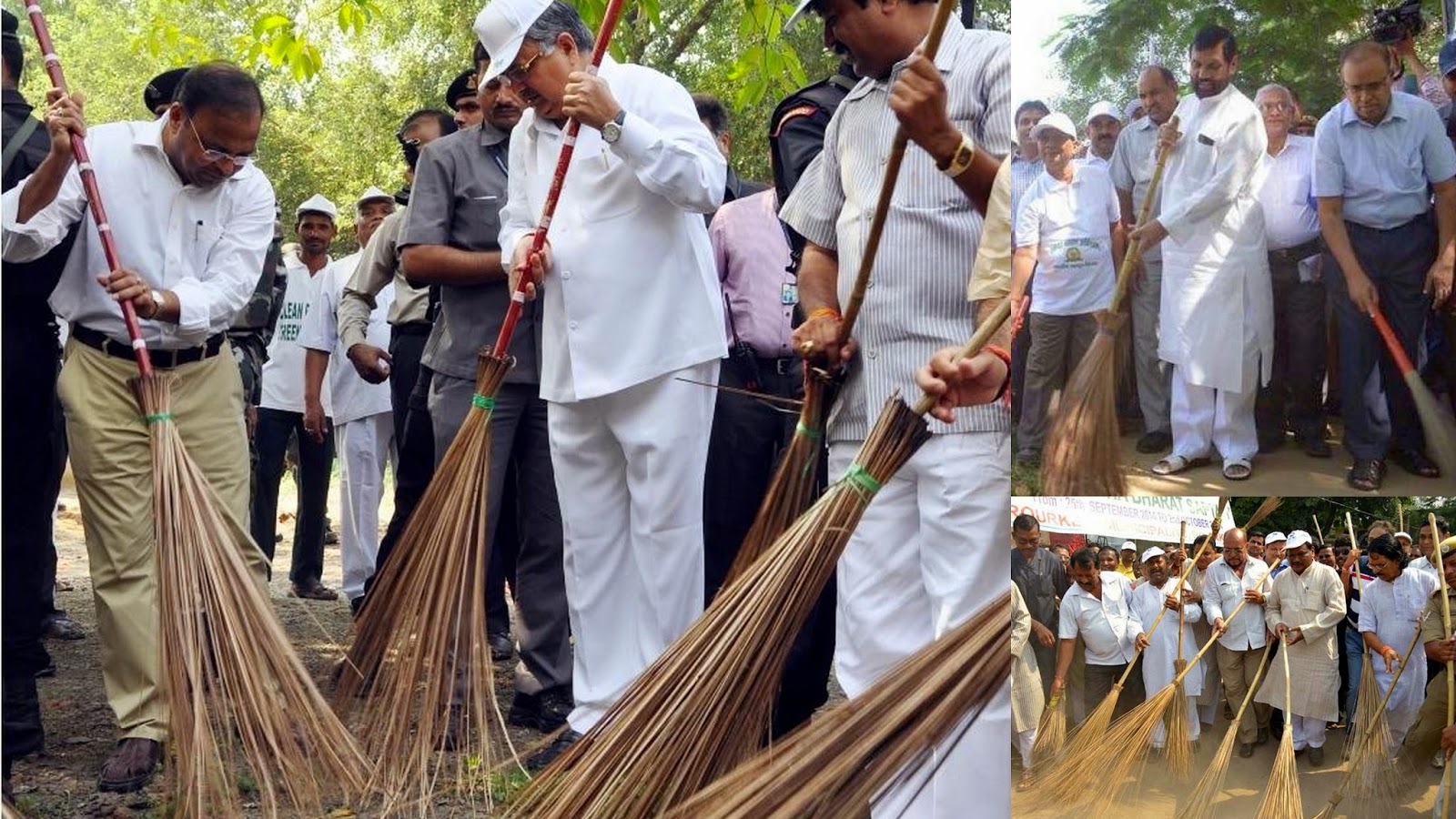 The photographs of a serious initiative that was treated as yet another photo-op by most of the political functionaries are self explanatory. Nothing more to write about them.

It is sad and unfortunate (but expected) that who could make a mark are very few (of the high profile names the photographs of whom could be located online), ministers who are supposed to set the bar high, to set examples for others to follow, to bring the change, to sustain it in the long term to bring the quality change, folks from the political lot, but they have failed mostly, even this time.

So, here is the benchmark: The Mahatma 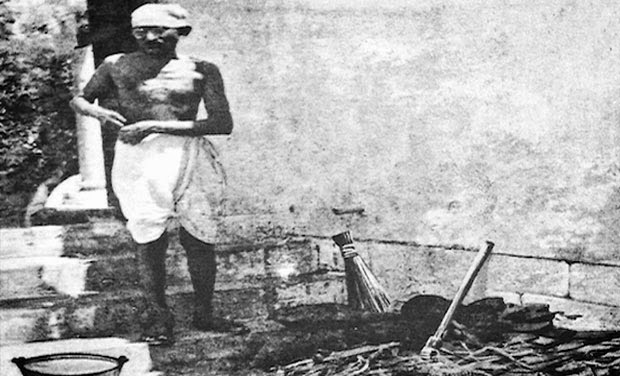 There are very few who can claim to be honest and serious on keeping the promise of the day. All others failed on what the Mahatma look to symbolize and convey from his photograph above. 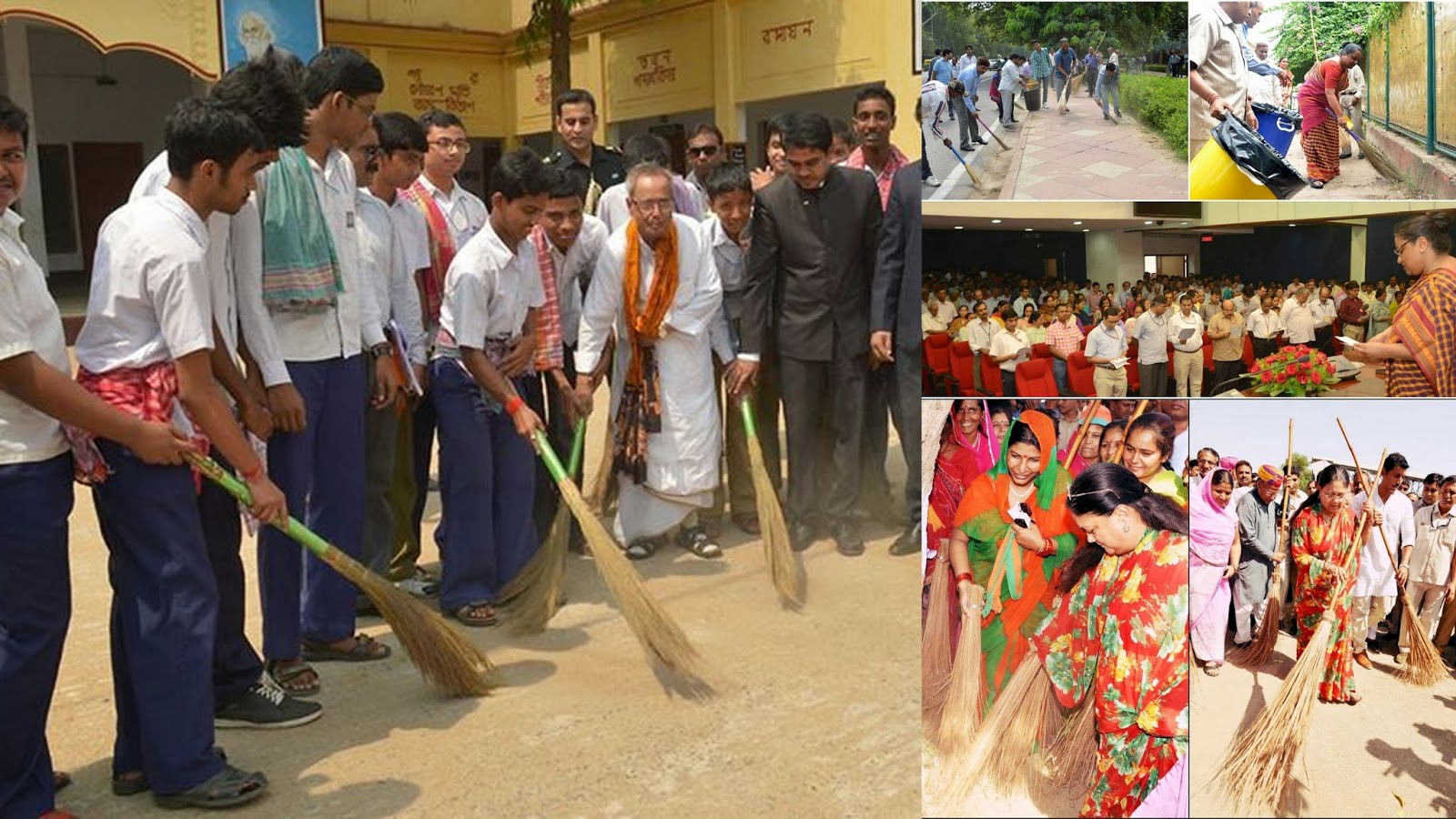 Here they are who wasted yet another opportunity. They just passed the day, ignoring the message of the intent while focusing on false symbolism. There looked a rush to pose with brooms and upload them on social media platforms.

But by the very elements of their profile photographs put a big question mark on 'how serious they were'. 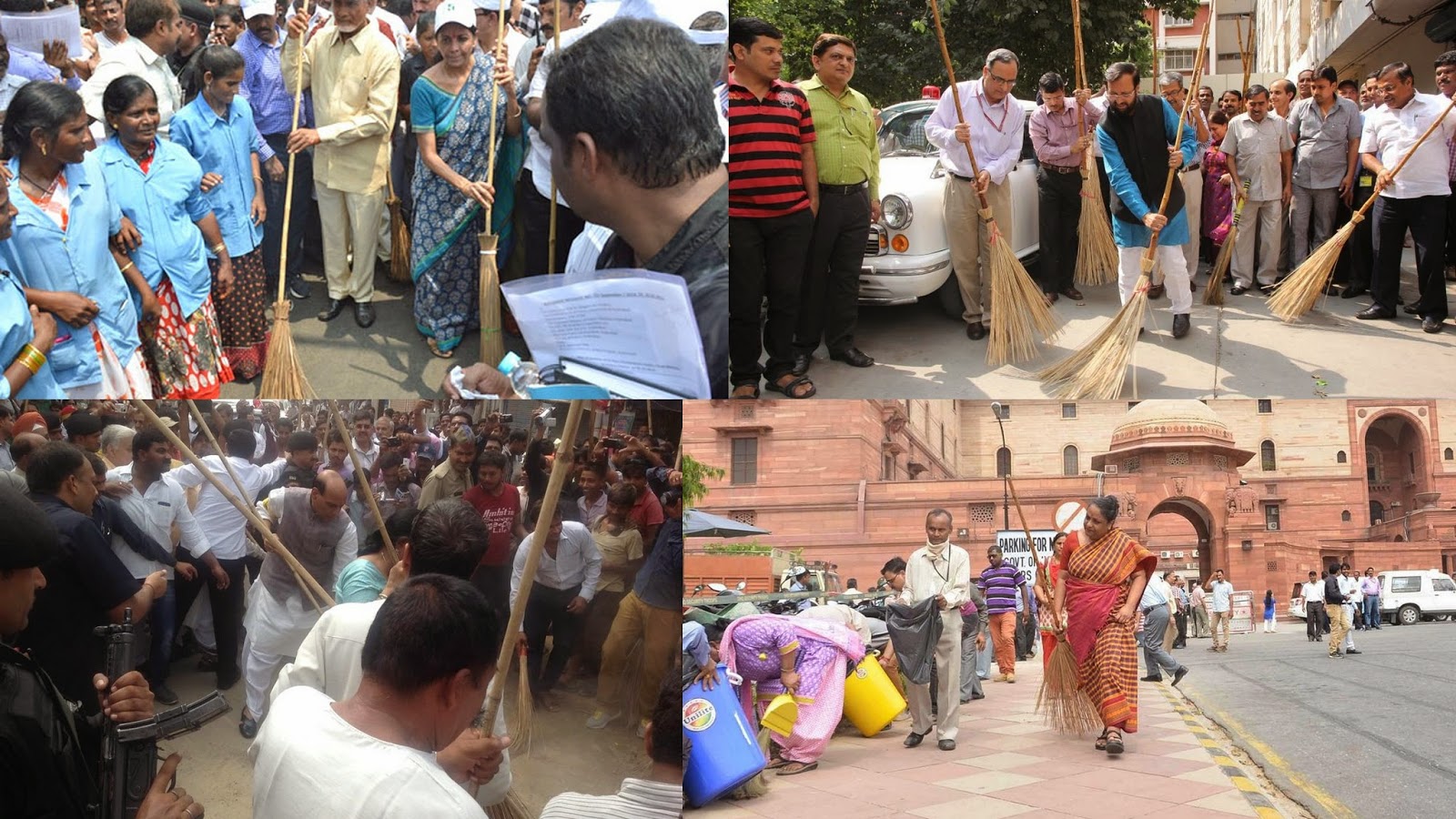 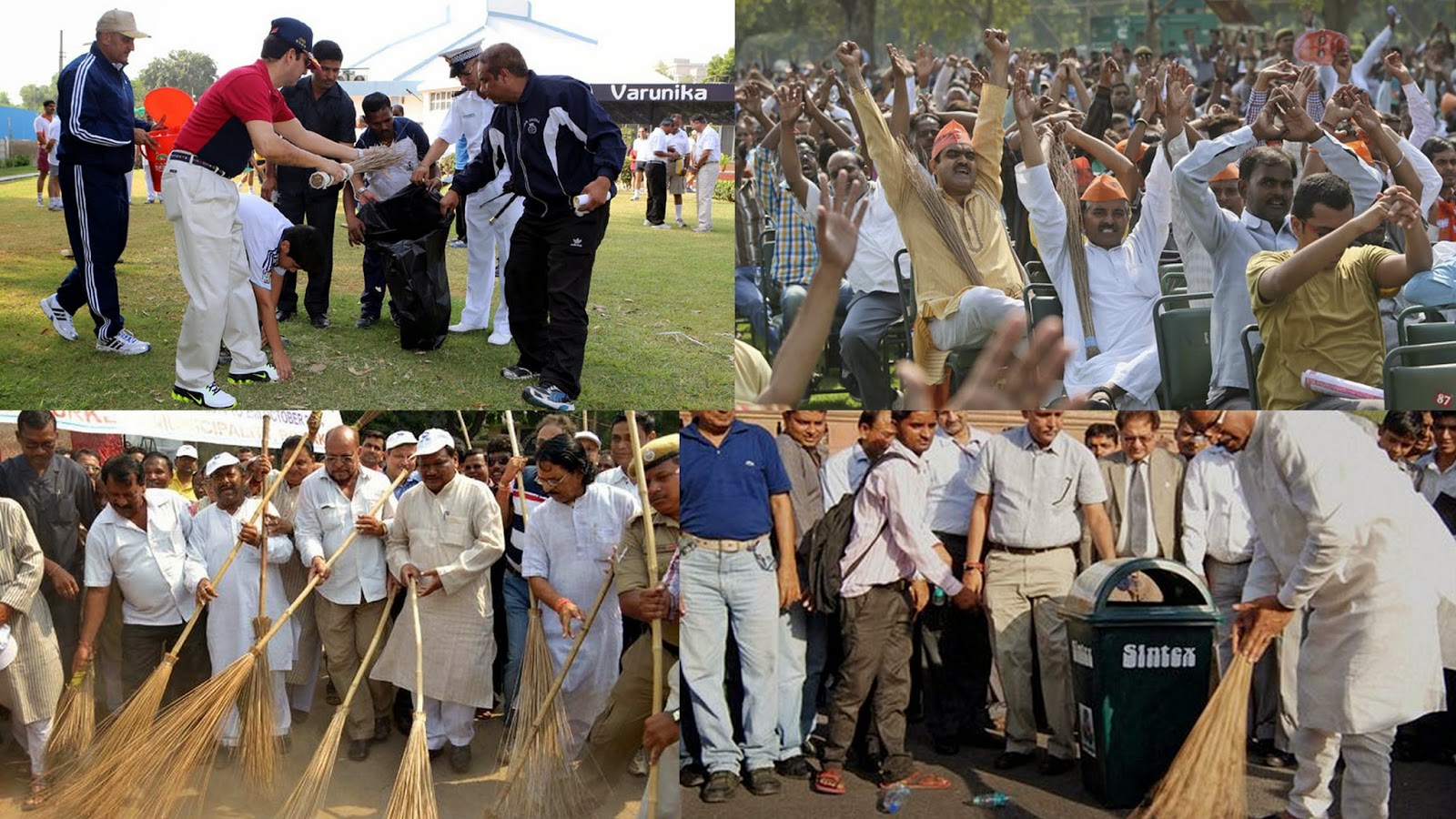 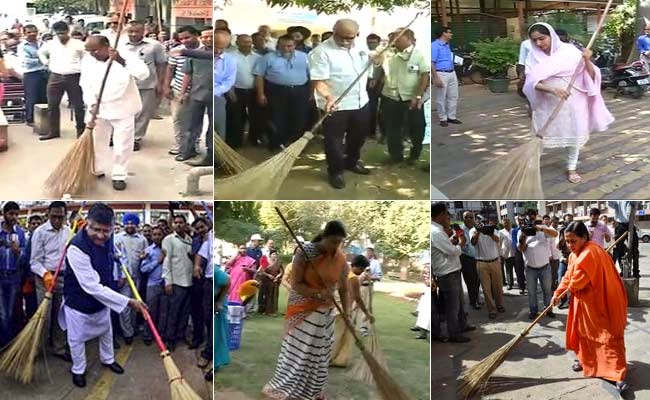 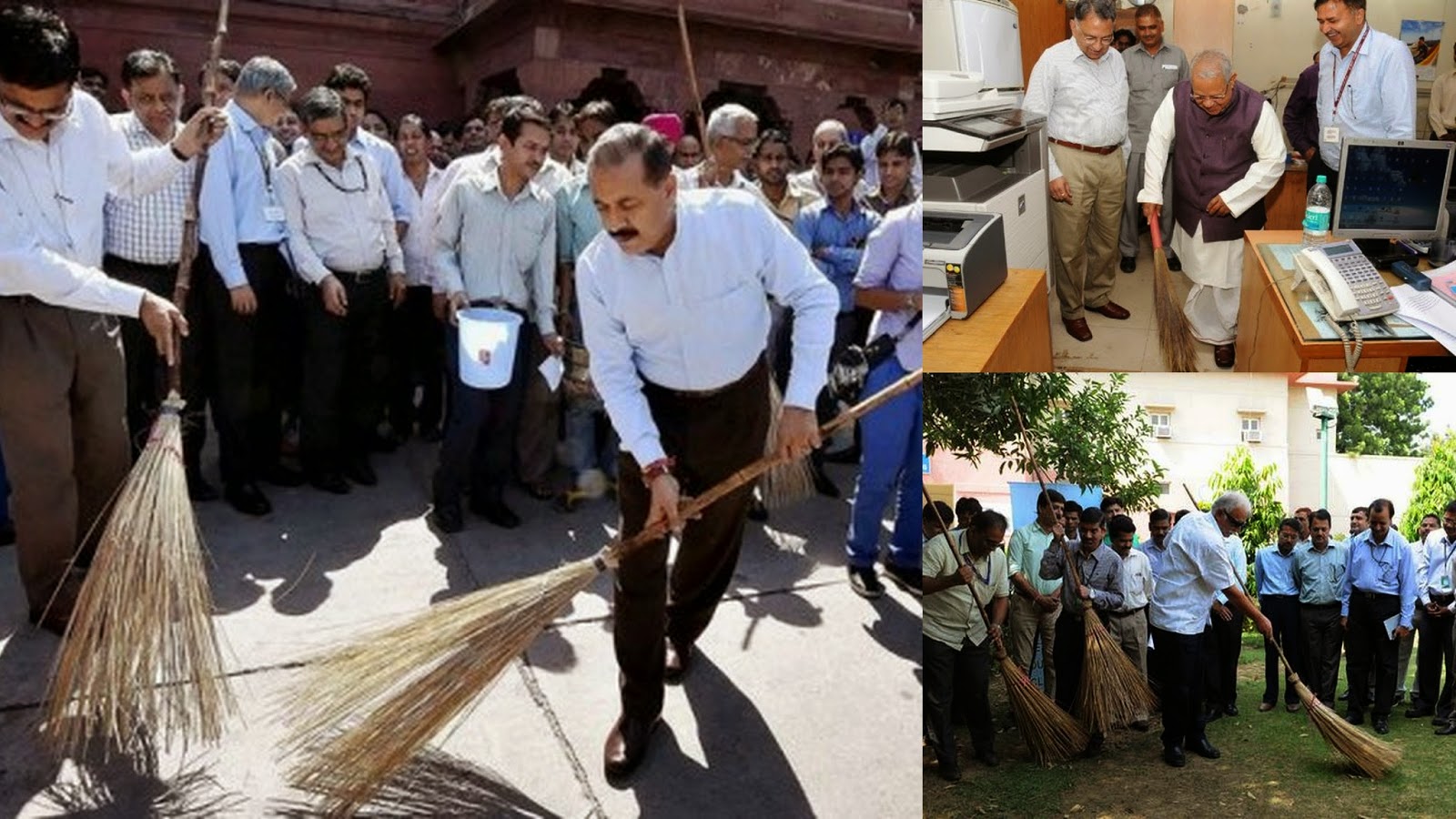 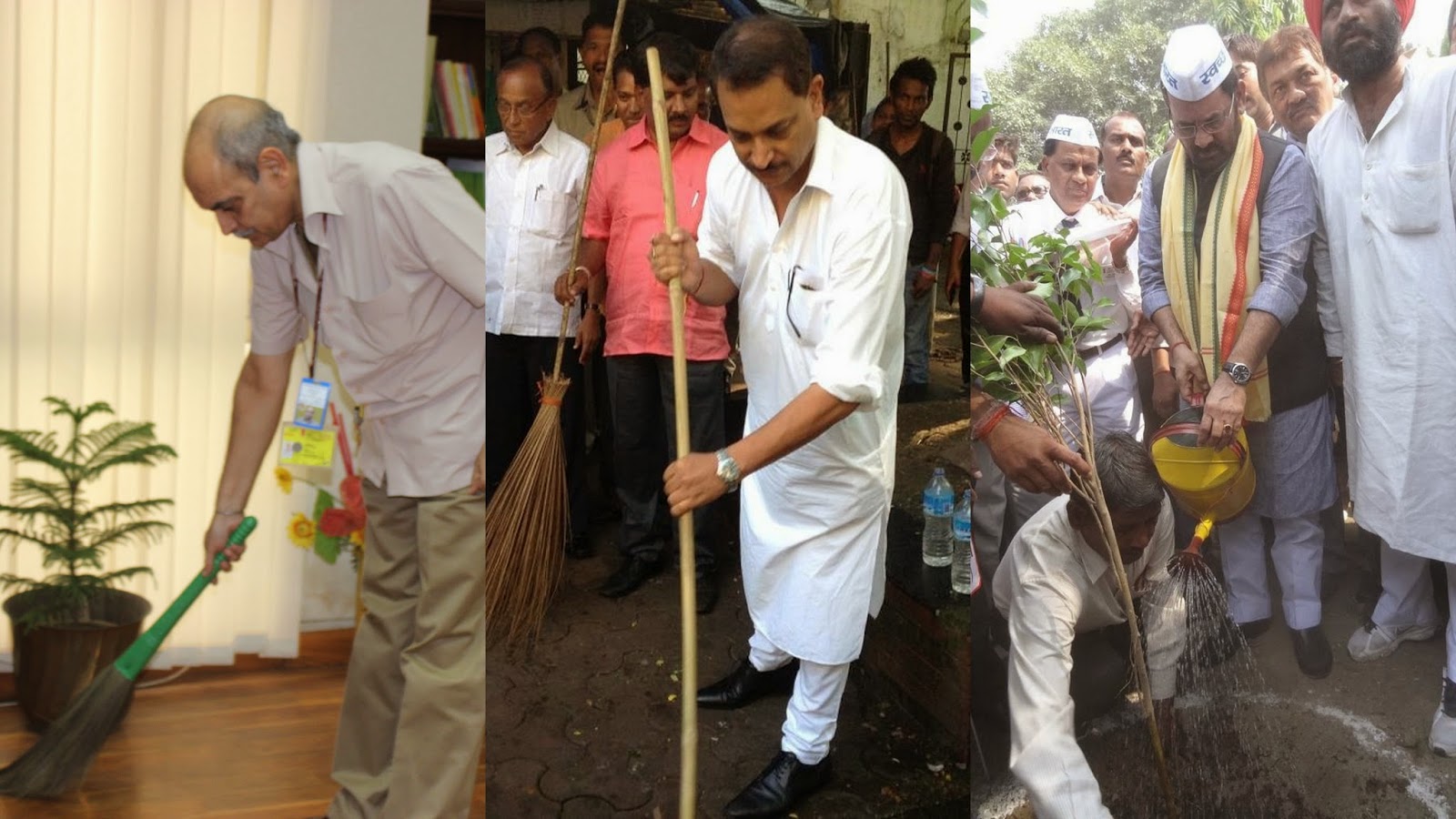 SPOT FILTH! LOCATE GARBAGE! WHERE IS LITTER? THOSE WHO FAILED TO MAKE A MARK

**(The photographs in the this write-up have been sourced from the Internet - from Press Information Bureau, from Twitter handles, from different media reports and from different websites).