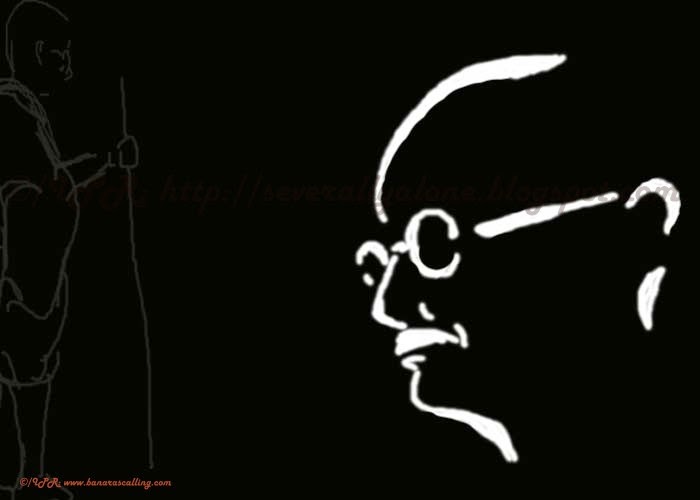 Mohandas Karamchand Gandhi began as a fallible man, like all of us, and he remained fallible, like all of us, through his journey with life – from an early married boy – to a confused young man – to a maturing adult looking for the meaning of life beyond his professional legal practice – to a man making the cause of other Indians to claim a dignified life his own – to an Indian freedom movement activist coming of age – to the central figure of the Indian freedom struggle starting to write a new and definitive chapter introducing non-violence and Satyagraha – to the Father of the nation, Bapu – to the Fatherly figure of the human conscience – he remained fallible – like all of us – but unlike almost of us – he always spoke of it – and he always had atonements for it – with his personal austerity and self-discipline – he remained fallible like all of us – but he overcame it every time, unlike most of us – and he did it all while remaining one of us, within the reach of everyone, with no strings attached – he cared for all – he spoke to all - and all looked up to him - and that is what made him the Father of the Human Conscience – that is what made him the Mahatma.