The Twitter handle (@MarsCuriosity) of NASA’s Mars Curiosity Rover, already on the Red Planet since August 2012, tweeted today to congratulate ISRO’s Mars Orbiter Mission (@MarsOrbiter) on successfully reaching the Mars Orbit this morning after over 300 days of journey. Launched on November 5 last year under India's Mars Orbiter Mission (MOM), the Orbiter had left the Earth's Orbit on December 1 to a Mars-bound journey.

And the achievement came with the words for the next stop on ’s roadmap for space exploration with ISRO tweeting its intention to launch its Rover on the Moon soon, with its second lunar mission, Chandrayaan-II, after the successful Chandrayaan-I of 2008.

And they will do it with more style and substance, irrespective of the debates and the counterpoints that other giants (read the USSR, the USA and the European Space Agency) reached Mars and Moon decades earlier, and that will again be a milestone achievement indeed.

Every big and small country, willing and investing in, is in the space race and Sun, Mars and Moon are the evergreen subjects, no matter if Mars and Moon were mapped decades earlier.

NASA's Maven Orbiter, built at almost 10 times the cost of Mangalyaan, started orbiting Mars on Sunday. China's similar attempt failed in 2011. Japan also saw failure in 1999. And there will be more attempts in the future.

’s scientific might in the space exploration has been trendsetter and exemplary for the developing nations given the budgetary constraints. It becomes even more appreciable when we see it in the context of the extended periods of sanctions on high-end technology import and collaboration from the developed Western world owing to its nuclear tests.

Indian scientists have excelled in spite of the nagging constraints. is undoubtedly a space power and no one but its scientific community can claim the legacy for it. Like its missile programme, its space quest has also been largely original. In fact, the Mars Orbiter Mission is totally indigenous, from concept to design to production to launch to final implementation today, all in just 15 months, and in the maiden attempt, and India is the first country to do so.

And with it, the Indian scientists have scaled up the nation higher in the ranking of the select group of elite space powers.

Indian Space Research Organization or ISRO’s Mars Obiter Mission or Mangalyaan has indeed come as a scientific triumph with many firsts for the scientific community of the country and with its frugal approach, it can prove out to be a cost-effective model of space exploration for further scientific quests and can motivate many other countries to collaborate with the Indian scientific prowess.

There is jubilation. And the celebrations are in the air. And it was good to see them being the talking points with their voices and faces inhabiting the media spaces for some days now and it was expected to continue today, and even tomorrow.

What is heartening that another big newsbreak today, of the Supreme Court cancelling all coal blocks allocated since 1993 (except four), couldn’t take away the space the scientists, Mangalyaan and ISRO deserved. Kudos!

Otherwise, who had, in the mainstream media, the space for names like A S Kiran Kumar, V Adimurthy, B S Chandrashekar, Mylswamy Annadurai, P Robert, Subbiah Arunan, V Kesavaraju, P Ekambaram, P Kunhikrishnan, S K Shivkumar, V Koteswara Rao, B Jayakumar, the people who formed the core of the Mangalyaan team along with the ISRO chairman K Radhakrishnan. The nation knew who was K Radhakrishnan but very few knew who all others were, working for months to make the mission a winning event.

It was refreshing to see the media and the nation talking about them, sharing the screen space of prominence in spite of the high stake political events like run-up to the Narendra Modi's US visit or the volatile Maharashtra's political alliance talks involving Congress, NCP, BJP and Shiv Sena or the Supreme Court cancelling all the coal blocks allocated since 1993.

And our scientific community has the ability to give us many more such moments. Indian scientists have done wonders across the globe and imagine what they can do in India if they get in terms of resources what their counterparts in the US or in Europe or even in China get. 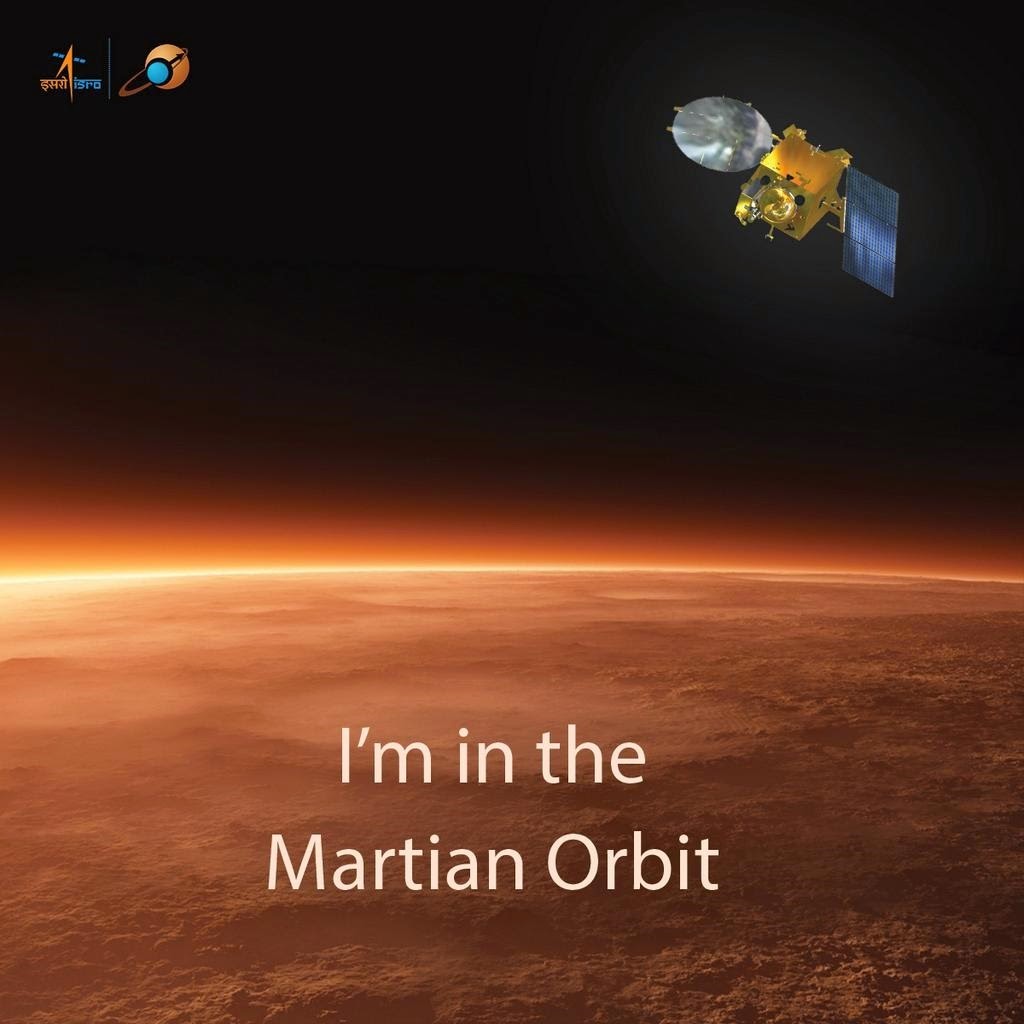