Chacha translates to paternal uncle, a fatherly figure in India, much like the evergreen way of addressing every elderly ‘uncle’, an English word that has taken over the basic word of native languages  - a Chacha is someone who is seen as an elderly, caring figure.

For kids he is the benevolent problem-solver who never says no, gaining, thus, respect and acceptance. 's first Prime Minister Jawahar Lal Nehru was lovingly called Chacha Nehru and his birthday on November 14 is observed as the Children's Day every year.

Children in our societies address anyone as Chacha who is beyond the age of being seen as Bhaiya (the elder brother) and is in the same age-group that their fathers are in.

Though Chaudhary is a surname in many communities, it is also a widely used title of respect, found across castes and religions. It symbolizes the position of eminence and centrality of the persons - of the elderly figures or respected members of communities to whom the people look up to – yes, the eminence may be restricted to the immediate locality of the person or may traverse across a large social and geographical cross section.

Pranji gave us this sort of character in his Chacha Chaudhary – an average built elderly Chacha with a thick white moustache who always carries a wooden walking stick – he was pure middle class – like many people in our immediate surroundings – caring and helping elderly people - and he was Chaudhary because of his wisdom that was always ready to help others and no matter what, he found solution of every tricky situation – that was our Chacha Chaudhary in our childhood that we so lovingly adopted – and he was the only Indian comic book character at that time with a strong readership among adults as well – in fact, my initiation with comic book reading was with a Chacha Chaudhary comic book given by an uncle. 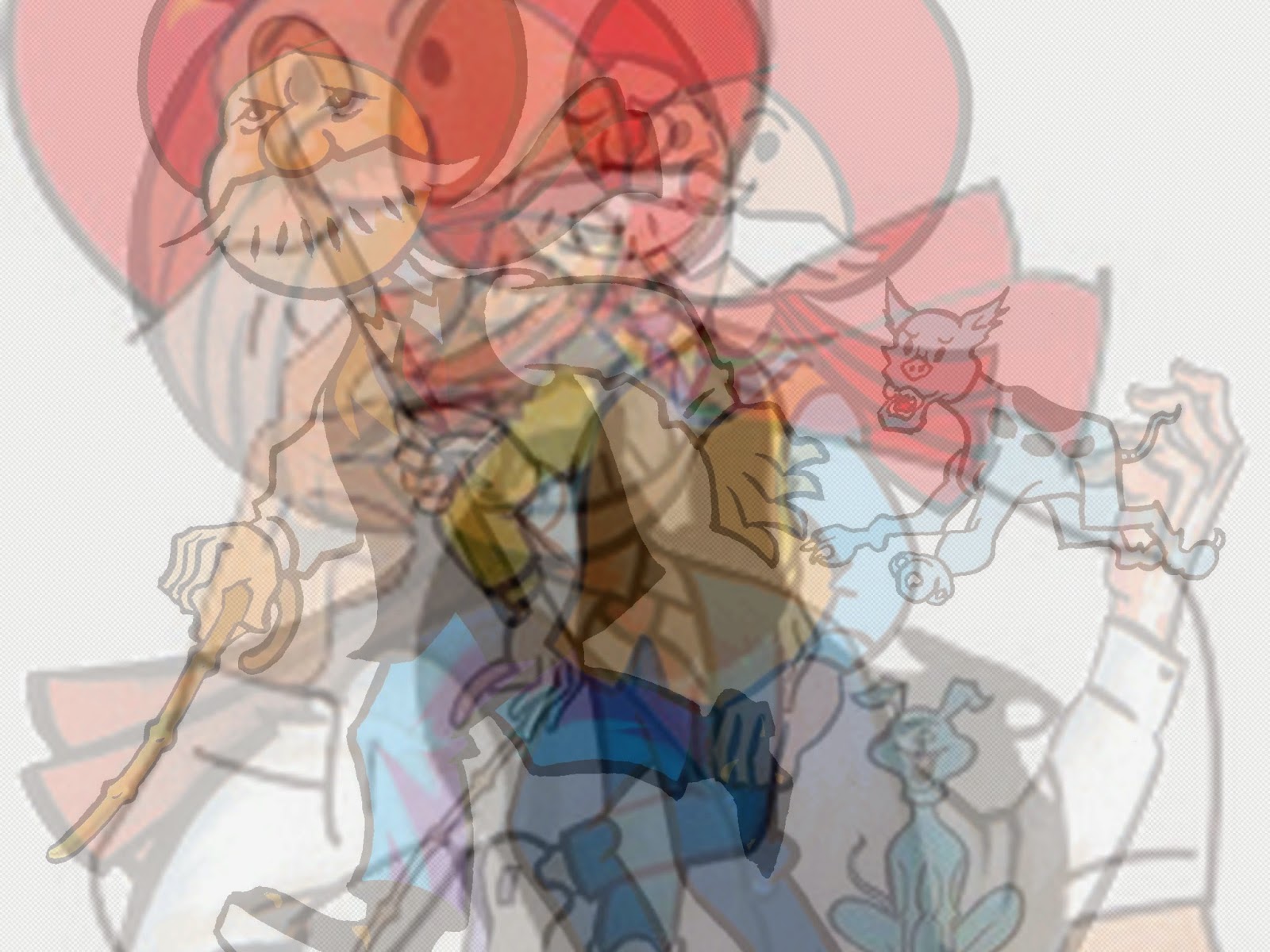 (Collage created from photographs sourced from the Internet)

Pran translates to ‘life’ in English. The Cartoonist Pran’s illustrations and his writings made Chacha Chaudhary and his other creations an inseparable and lively part of our childhood days.

Pranji's central characters in his comic books were typically middle class. Elderly characters like Chacha Chaudhary, his wife, his brother or Shrimatiji whom we found in our families, in our societies, were instantly connecting.

He created young characters as well, again from the typical Indian middle class - like Billoo or Pinki whom we could naturally identify with.

And to satisfy our appetite for superhero appearances, something a must for every comic book fan of that age, we had characters like Sabu and Raka from Pranji.

Pranji created essentially middle class characters, weaved around the social and family atmosphere of the middle class societies, and added to them elements of humour to develop his stories - with some ‘superhero and supervillain sort of characters.

His characters were much like you and me - their problems and situations were identifiable - and their solutions in comic book style results extended the desire to see what would happen next, something that addressed the concerns of child’s mind – giving us the pure pleasure of reading a comic book.

One more thing - and the essential one to mention - for many in my generation, among the earliest and the most frequent reference to the computer was the Chacha Chaudhary punch-line - Chacha Chaudhary's mind works faster than a computer. The real computer, the physical access to it, came much later.

But the life that gave us so many precious memories of our childhood is no more. Battling cancer, he passed away on August 5 night.

Thanks for giving me some quality memories to cherish, to feel happy about when reflecting back on life.