The protest march on the annual handover day in the Central Business District of Hong Kong was an expected success and that is the big news about it, this beautiful banner photograph from the South China Morning Post coverage tells us.

There were clashes with police and over 500 were arrested, that is the big news about it.

The protesters sounded motivated by the outcome and warned of more intense protests later this year demanding democratic reforms and that is the big news about it.

Over half-a-million turnout was expected and it did happen and it tells people are becoming more and more vocal and determined about their struggle.

Two protest marches with largest turnouts in the recent history of Hong Kong, the June 4 Tiananmen protests vigil night and the July 1 handover day march, that has changed its character from being a ceremonial day to a day of protest, within a month, and that, too, against the might of a manipulative and oppressive government, give us inspiring shots for pro-democracy resistance movements.

These are some of the moments captured, sourced here from different agencies:
Related post: 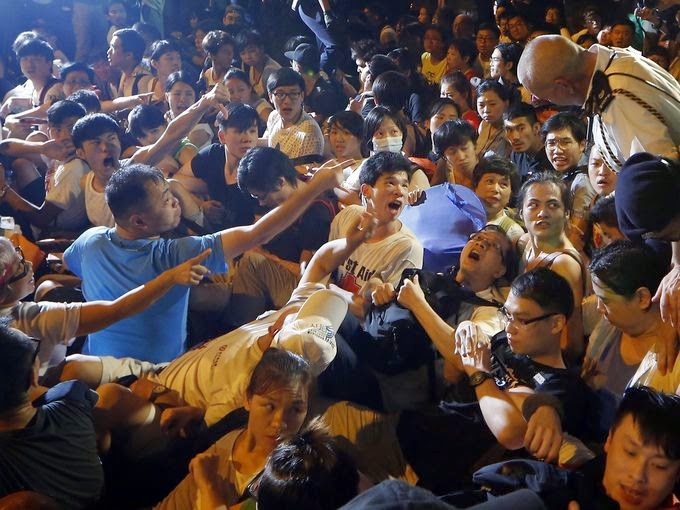 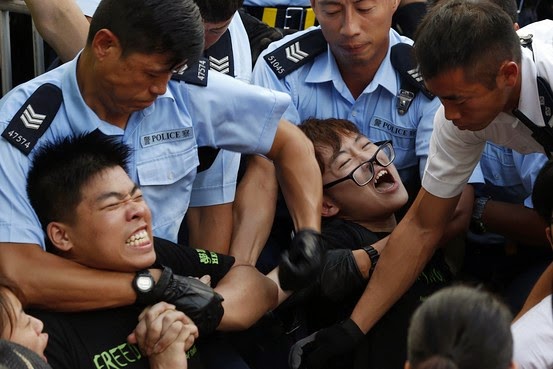 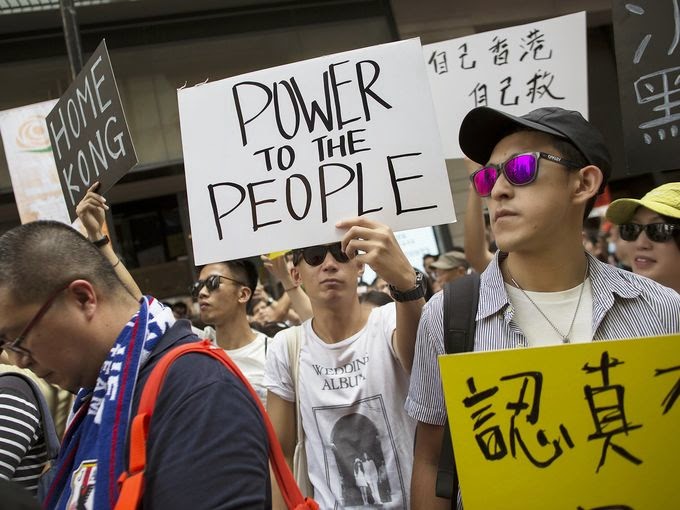 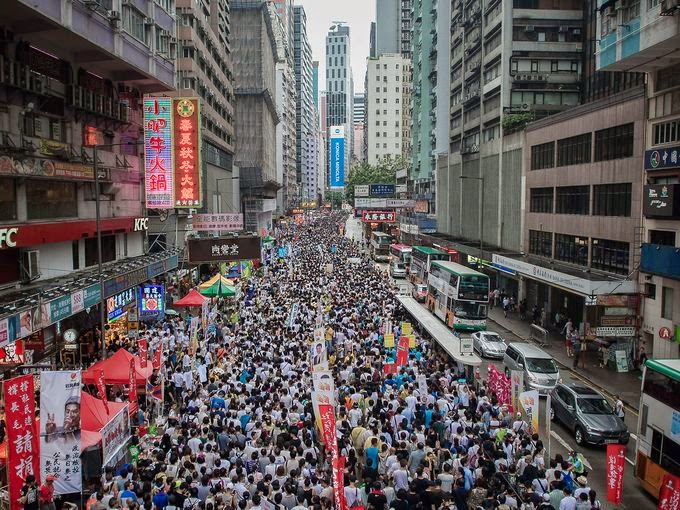 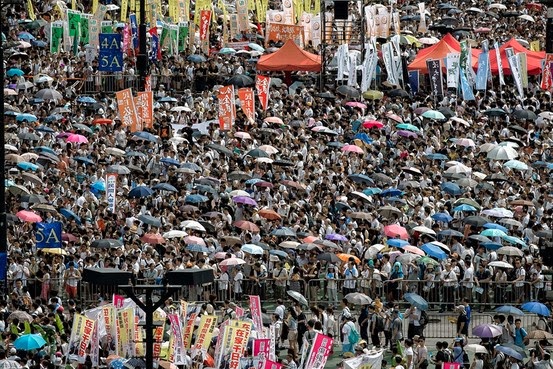 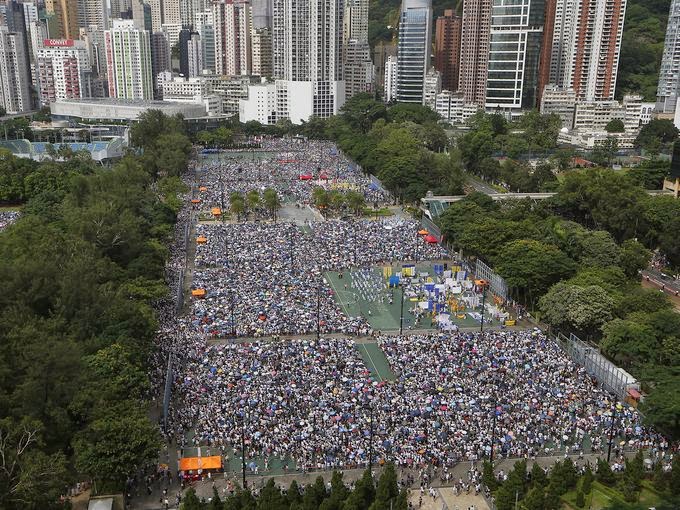