As the advertizing blitzkrieg by the UPA government targeting the upcoming parliamentary elections of India has begun with the recently re-launched Bharat Nirman campaign, it is relevant to take an analytical approach to the communication campaign that is going to cost some good amount of money that, if used meaningfully, can help many in need in a country that houses millions and millions of the underprivileged.

It is not just about the odd Rs 180 crore expected to be spent on the Bharat Nirman campaign, a spectacle to promote the UPA government’s rural India centric programmes, it is about the whole communication campaign that, in the election year, can easily cost many thousand crores given the previous trends. (And mind you, the major chunk of this many thousand crores is going to be spent from the public fund supposed to be used for the ordinary Indian who is supposed to be the primary constituent entity of the world’s largest democracy.)

Let’s begin with Bharat Nirman, the current talk of the town. Bharat Nirman has a website http://www.bharatnirman.gov.in/welcome.html that welcomes us with this advertisement. 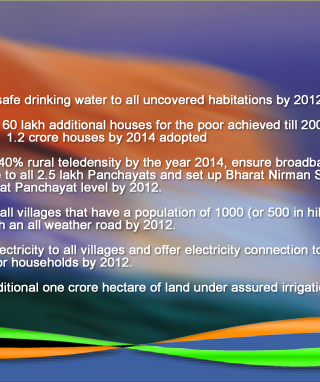