THE MUNDESHWARI DEVI HILL SHRINE (I)

One doesn’t find much written about the Mundeshwari Devi Temple, said to be the oldest functional Hindu temple. It is located in the Kaimur district of Bihar. One can read reports of this hill shrine to be developed on the line of the Vaishno Devi Hill Shrine but that remains a far-fetched idea given the Naxal threat and problems of bandits in the Kaimur district. In fact, not just the Kaimur disctrict, but a large area of the Kaimur range including other districts have been affected with the Naxal problem. One could easily see open land mines on many pitched roads.

This year, the Kaimur range has seen a culmination of a successful movement to oust the Naxals and thousands of villagers gathered this July to celebrate the victory but it will take some time before it could be said that the Naxals have really vacated the area. Any further development would hinge on that only.

Kaimur Range is the eastern extension of the Vindhya Range and many plateaux and waterfalls crisscross through it. Many hills of the Range have series of rock paintings with historical and evolutionary significance.

The Mundeshwari Devi Temple is on the Mundeshwari Hill of the Kaimur Range. Being on a hilltop, the journey en-route to the hill shrine is a memorable experience. The temple is a popular religious and ‘tantra sadhana’ destination in Bihar attracting thousands of pilgrims every year. The main deities worshipped here are ‘Shakti’ and ‘Lord Shiva’. 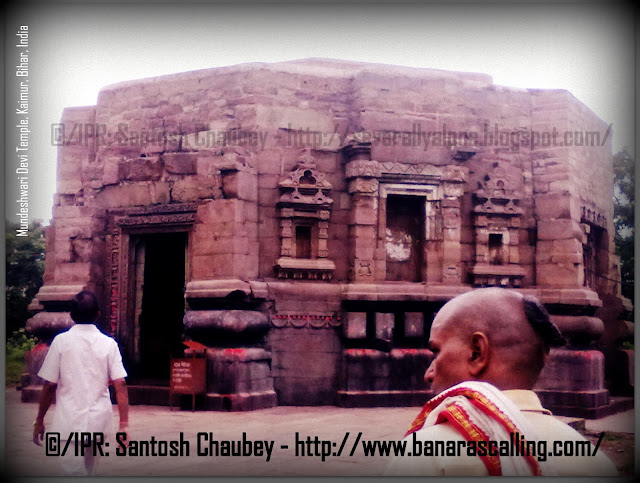 Get interactive with Banaras Calling’s Facebook extension at: http://www.facebook.com/BanarasCalling
Email at: interact@banarascalling.com