Cartoons in the thick of controversy – for – now, they are threatening the existence of our members of the parliament – as if they were born parliamentarians – and will die the same – as if, they have converted the political legacy in India into a system of family business.

The canvas looks ridiculous most of the time when you start assessing of the day in terms of its political leadership of the moment. Some over 750 jewels – my statistical ability to manipulate data is zero - so I cannot how many of the jewels are crown grade – but common sense and even a poor ability to see India of the day through the spectacle of its mascot, the frail silhouette, the common man – one can easily find that their headcount is bulging like a protruding belly of a food maniac.

Who am I to say anything about their internal grading of being crowns out of the jewels?

Recent history has shown a rare brotherhood among them. Otherwise dying to kill each other, they have started talking in united voice voicing that there is some big conspiracy on to wipe them out.

Is that possible? Can you believe it? Will you buy it?

After all in this country of over 60 per cent illiterates and over 65 per cent below-the-poverty-line nonentities, who can dare to go to that extent, especially, after the fresh hot trend of the brethren-culture amalgamated and assimilated so well to kill any voice that questions the functioning of the parliament like the recently fizzled out anti-corruption movement. So Anna Hazare is gone. So Jan Lokpal looks gone. So corruption, again, has started looking like a worn-out bed-sheet.

Emboldened by the ‘grand’ success in decimating the rare ‘phenomenon,’ when the common man dared raise his voice; they are now grabbing every opportunity to crush even a remote act questioning their kingdom of the Lutyen Delhi. But they don’t realize how silly they look and sound then.

(Some of them have bored us due to their consistent presence in the power corridors over the years. Probably, it has given them the air that they own the system. Is this a democracy should be – reserving the club wielding the power to a very few?)

So a Mamata Banarjee sees conspiracy in helpless cartoons and goes on to write to the social networking company in the to rectify the content flow. She and her party’s brilliant guns are not leaving any stone unturned in chasing this cyber-terror against their beloved leader. God have mercy on the intellectuals. Not so long ago they were singing the paeans of the change under the ‘Mamata march’.

That all looks so cacophonous now! Where has all the ‘mamata’ (compassion) gone?

So our dear parliamentarians go into commotion and vacate the house when they smell a pungent gas leaking from the underground sewerage system – something that many of and most of NCR areas are fogged with. The common Indian lives there – day in/day out. Initial reactions of some of the parliamentarians were so funny. Google and listen to them. I spare the keyboard some words here.

Sometime, chairs malfunction here. Sometime, flies find it amusing to visit the ‘temple’ of the Indian democracy for a time-out I think.

With deep thoughts, these problems were noted down thoughtfully with assurance that they would not be given the ‘next’ chance. Bravo!

Sometimes, our dear parliamentarians embark on platonic missions. So they propose they need a high-tech, sophisticated library with copious flow of volumes. A prestigious project as projected, no one knows when it will come to finality of becoming a routine. It is indeed a case study in a country where almost half of the sitting time in the last three Parliament sessions was wasted owing to chaos on this or that issue.

Sometime, here currency notes are waved. Sometime, here bill documents are torn in the well of the house. Sometimes, here marshals have to be called-in to discipline the erratic members. (And they think they are ruling over us, writing our lives!)

And now they, too, are bugged by the cartoons - helpless, emaciated cartoons - some even dating back to 1949. They were there in the NCERT text books, leading a quiet life, educating and entertaining students.

Is this bigger cartoon bug (with tentacles spreading out of ) is a chance discovery? The context was there. And some seasoned political eyes on the cartoons in the text-books saw a readymade recipe.

It may be, as it provides some cheap publicity and an easy excuse to stall some more days of work in the Parliament. (We need to find if this MP was inspired by the present iron lady of , Mamata Banarjee, who is all out to iron out cartoons, as if to give then normal contours!)

And so, instead of debating people related issues in the ‘temple’ of the democracy (though it was indeed a culture of the past; now, not even the hangover is left), the hullabaloo ensures a promising character assassination of the cartoons.

Also, it is never about Dalit sensitivities and character assassination of the political class. Dalits remain Dalits even after decades of an ‘affirmative action’ plan in place? When would we interrogate within about our equal brothers? Criminalization of Indian politics is a reality well accepted.

Those emaciated, frail, skeletal cartoon – the dictum is out – they are to be purged out of the text books. No political cartoons allowed. How come the common man can think of thinking about his lord, his ruler, in a lighter vein, in a negative flow? Many parliamentarians treat themselves as kings (of us). Now you don’t need to do rocket science research for that. Easy! It’s an open ‘fact now’.

Common man is expected to spend (waste) his life by his kings by running his days on two words – patience and perseverance – two words that defined the spin of Nazi cruelty in the concentration camps. The Nazi officers in the camps used to preach their subjects, the prisoners, with words echoing patience and perseverance, to remain alive, to do bone-eating hard-work, while killing them at will.

We are also said the parliament needs time to enact provisions for the holistic well being of the masses and we need to be patient to wait, though it may take over four decades, and still, the solution may very well remain elusive.

We are also said that the government does not have magic wand to control prices and we need to have patience to persevere, to let this phase pass, while the phase that may bring the prices down remains elusive.

Cartoons happen to be one of the finest expressions of dissent. They have been used over the ages, across the globe. And the subjects of cartoons, even biggest of the political leaders and luminaries, have accepted them in fine spirit.

What is happening in our democracy is really disappointing. It indicates, somewhere, something is rotting, leading to the intolerant political breed that considers itself above the fraternity it actually belongs to. The creeping-in of this dictatorial mindset in the political class is acidic for the health of any democracy. We need to protest it.

I am posting here the cartoons in question in solidarity with the protesting community against such silly and bizarre acts of our parliamentarians. 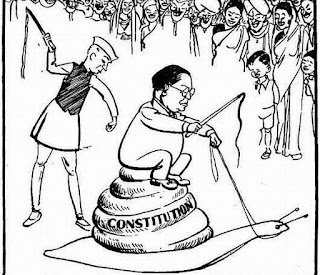 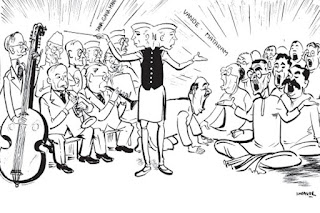 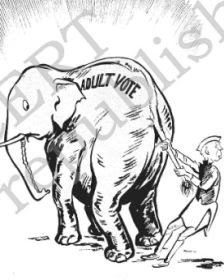 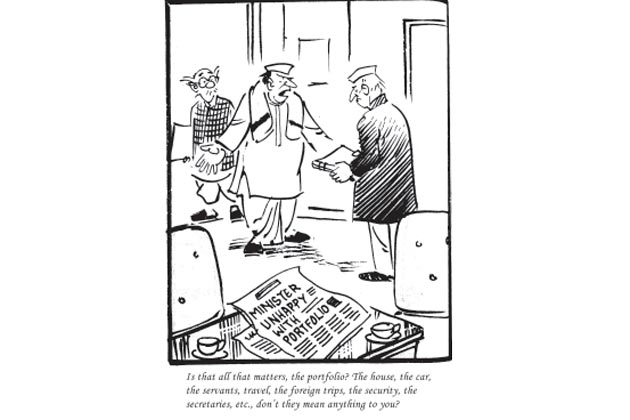 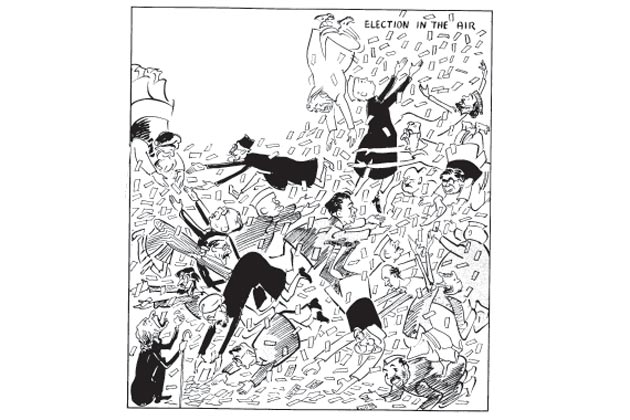 (Cartoons are sourced from the Internet.)
Posted by Santosh Chaubey at Tuesday, May 15, 2012