PAMUK: MY FATHER SUPPORTED ME TILL 31

Hey guys, it was really cool if we think it from purely literary point of view. What else it can be, when you have Orhan Pamuk, Gulzar, Javed Akhtar, Gurcharan Das at one place to go for and that, too, on a single day. Start with your best and the Jaipur Literature Festival this year started with this pretext as the line-up for other days suggest but I will come to that later on. Last year, I missed it. This year I am missing the India Art Summit while attending it. Yes, to Pamuk first. 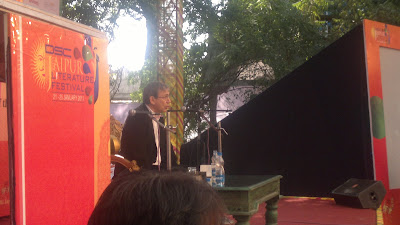